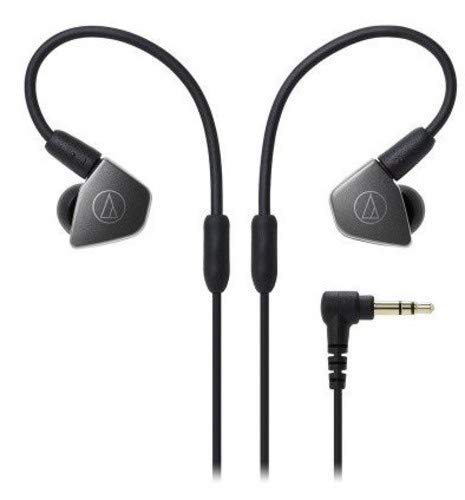 The 1More Piston Classic makes for a good, if unremarkable, Earphone for people with a $10 budget.

The Audio-Technica ATH-LS70iS (2017), however, is merely mediocre at its $99 asking price, when compared to similarly priced products, and won't satisfy the needs of most people.

In either case, we suggest that you first take a look at some other options at the $10 and $80 price points before committing to one of these - it's likely that you'll be able to find some better alternatives.

If you're still interested in learning more about the 1More Piston Classic and Audio-Technica ATH-LS70iS (2017), however, we wrote a summary of what we could find about them:

We first examined which sources rated each of these best and found that the 1More Piston Classic got its highest, 6.4, rating from Rtings, while the Audio-Technica ATH-LS70iS (2017) earned its best, 9, score from Pocket-lint.

Lastly, in order to better compare them to the rest of their competition, we averaged out their review scores. The Audio-Technica ATH-LS70iS (2017) managed to get 8.5 out of 10 - considerably better than the 7.3 review average of Earphones in general - whereas the 1More Piston Classic earned 6.4 points.

It should be said that doing a direct 1More Piston Classic vs. Audio-Technica ATH-LS70iS (2017) comparison might not be entirely fair due to the difference in their prices - some sources don't put much weight on value for money and thus tend to give better review scores to more expensive products.

Runner Up: Best Wired Earbuds With A Mic - Cheaper, Universally Compatible Alternative
in “The 6 Best Earphones With A Mic - Fall 2020”
Last updated: 11 days ago

Highly Trusted Source
Depth of
analysis
Yes
In-house
Testing
Rtings performs extensive hands-on testing under controlled laboratory conditions and is great at presenting its findings to the reader. It focuses on a rela...
Mentioned
in “The 5 Best Earbuds And Headphones Under $20 - Fall 2020”
Last updated: 11 days ago
Recommended by trusted experts