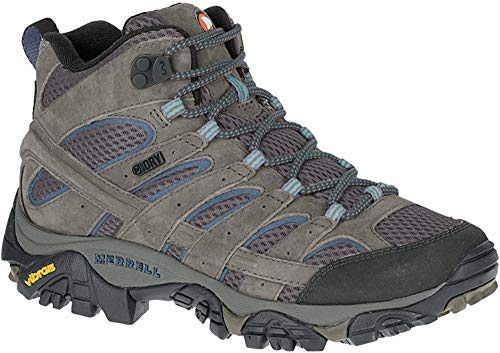 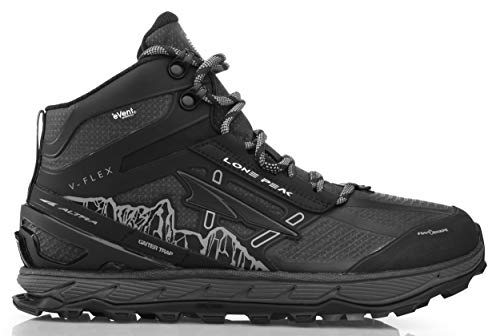 The Merrell Moab 2 Waterproof - Women's hasn't managed to earn a top spot in any roundups from sources that conduct trustworthy hands-on testing. Nevertheless, reviewers from sites, such as OutdoorGearLab, Good Housekeeping, and CleverHiker all gave it a spot on their list.

As for the Altra Lone Peak 4 RSM Waterproof - Men's - it impressed reviewers at Gear Patrol, a trustworthy source that conducts solid hands-on testing. It did great in its "The 7 Best Winter Running Shoes of 2021" roundup - in fact, it earned its "Best Bargain" title, which, on its own, indicates a certain level of quality.

Then we checked which sources liked these two Hiking Boots best and found that the Merrell Moab 2 Waterproof - Women's got its highest, 8, review score from reviewers at OutdoorGearLab, whereas the Altra Lone Peak 4 RSM Waterproof - Men's earned its best score of 8 from OutdoorGearLab.

Finally, we compared them to other Hiking Boots on the market and found that the two of them got reviewed similarly to the majority of their competitors. The overall average review score for Hiking Boots in general is 8.1 out of 10, whereas the Merrell Moab 2 Waterproof - Women's and Altra Lone Peak 4 RSM Waterproof - Men's managed averages of 8.0 and 8.0 points, respectively.

It should be noted that it might not be entirely fair to do a direct Merrell Moab 2 Waterproof - Women's vs. Altra Lone Peak 4 RSM Waterproof - Men's comparison due to the difference in their pricing; some sources have a tendency to review more premium products better than more affordable ones.

r/tacticalgear
in "Best black tactical boots for everyday wear?🌚 to be able to go in and out of dirt and water etc don’t ask 🍅☘️"
Last updated: 15 Apr 2021

r/tacticalgear
in "Best black tactical boots for everyday wear?🌚 to be able to go in and out of dirt and water etc don’t ask 🍅☘️"
Last updated: 15 Apr 2021

r/lululemon
in "Hellpppp from all my hiking gals"
Last updated: 11 Aug 2020

r/trailrunning
in "Coming home from work to a mail day like this is glorious. What are you guys currently running in?"
Last updated: 18 Oct 2019

Highly Trusted Source
Depth of
analysis
Yes
In-house
Testing
OutdoorGearLab is one of the most highly trusted sources on everything related to outdoor activities. The site utilizes a very transparent and scientific appro...
Rated 8.0 out of 10
in “Best Hiking Boots for Women of 2021”
Last updated: 14 Sep 2021

Trusted Source
Depth of
analysis
Yes
In-house
Testing
Ranked #16 out of 18
in “18 Best Fitness Gifts That Will Make Their Trip to the Gym So Much Better”
Last updated: 21 days ago

Runner Up
in “Yes, My Shoes Are for Kids — and They Cost Half As Much As Identical Adult Styles”
Last updated: 19 Aug 2019
stylecraze.com
-
Depth of
analysis
No
In-house
Testing

Rated 8.8 out of 10
in “15 Best Hiking Boots for Men Tested and Fully Reviewed”
wildernesstoday.com
-
Depth of
analysis
No
In-house
Testing

Runner Up
in “The Best Women’s Hiking Boots and Sneakers, According to Expert Hikers - The best hiking boots for women”
Last updated: 13 May 2019