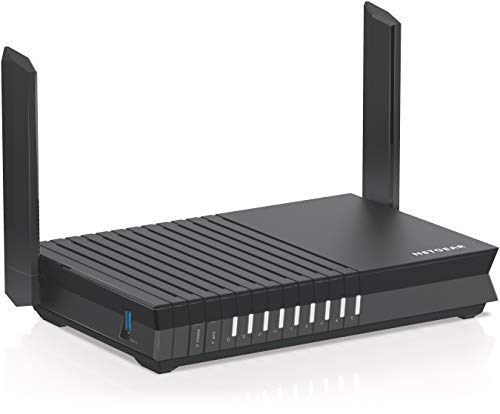 In either case, we suggest that you first take a look at some other options at the $150 and $110 price points before committing to one of these - it's likely that you'll be able to find some better alternatives.

If you're still interested in learning more about the Netgear RAX15 AX1800 and ASUS Lyra Voice, however, we wrote a summary of what we could find about them:

The Netgear RAX15 AX1800 was loved by reviewers at Tom's Guide, a highly trusted source that performs reliable in-depth testing. It did great in its "The best Wi-Fi 6 routers of 2021" roundup where it was named its "Budget best-seller", which, in itself, makes it a product worth considering.

Budget best-seller
in “The best Wi-Fi 6 routers of 2021”
Last updated: 17 hours ago
Recommended by trusted experts