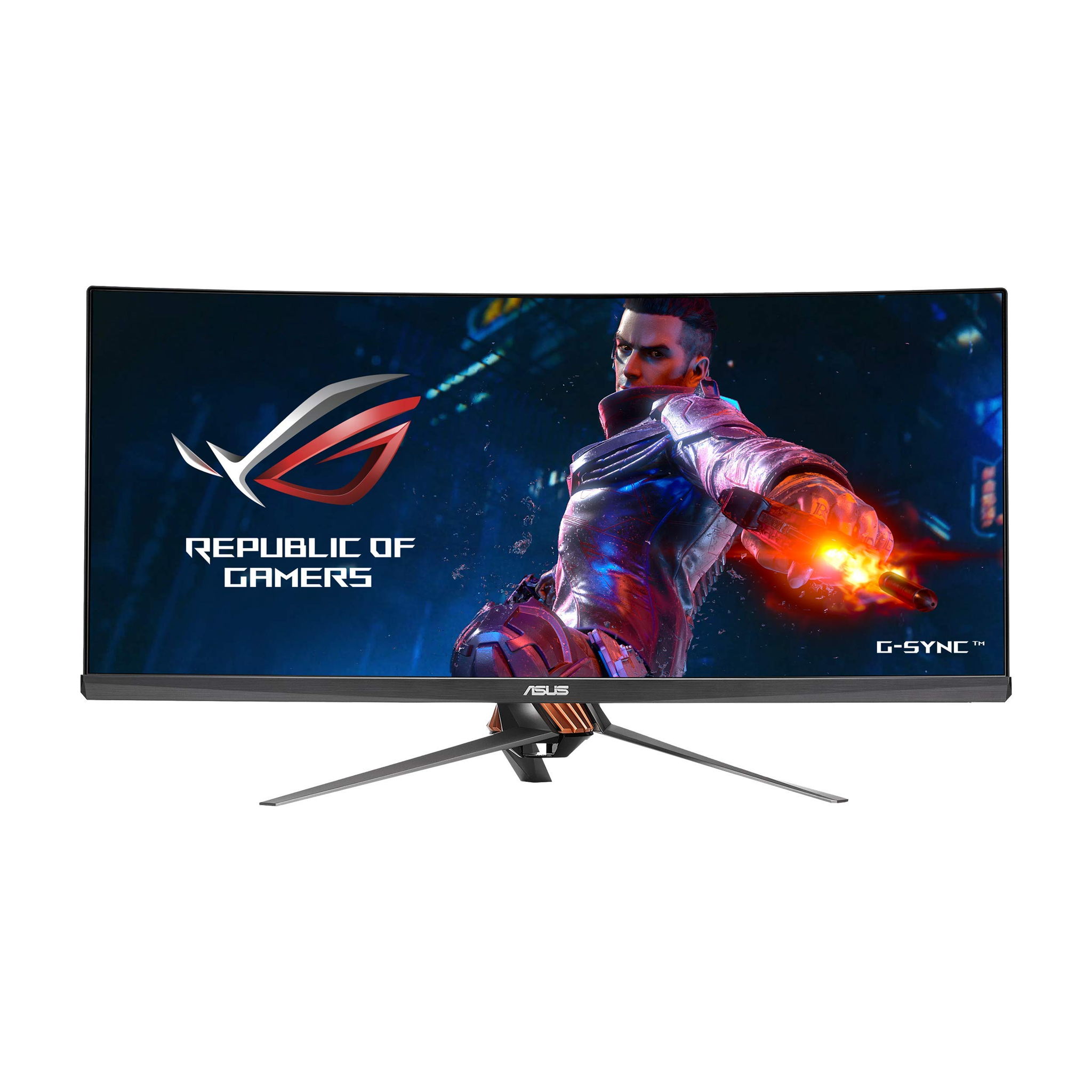 While the ASUS Rog Strix XG438Q 43" makes for a fairly good Monitor for people with a $850 budget, we weren't able to find enough data on the Asus ROG Swift PG348Q to come to any reliable conclusions.

If you'd nonetheless like to learn more about the ASUS Rog Strix XG438Q 43" and Asus ROG Swift PG348Q, however, we wrote a summary of what we know about them:

As for the Asus ROG Swift PG348Q, it wasn't able to earn a top spot in any roundups from trusted sources that conduct their own hands-on testing. Nevertheless, it managed to impress reviewers at Rtings, PCmag, TrustedReviews, and Reviewed enough to make it onto their respective shortlists.

To get a better idea of how they fare when compared directly to each other, we analyzed review scores of sources that tested both. MonitorNerds, for example, preferred the ASUS Rog Strix XG438Q 43", while TrustedReviews and PCmag rated both of them the same.

We also took a look at which sources had the best things to say about them. We learned that the ASUS Rog Strix XG438Q 43" got reviewed the highest by MonitorNerds - it gave it a rating of 9.6, while the Asus ROG Swift PG348Q most impressed reviewers at 144Hz Monitors, which gave it a score of 9.1.

Lastly, we averaged out all of the reviews scores that we could find on these two products and compared them to other Monitors on the market. We learned that both of them performed far better than most of their competitors - the overall review average earned by Monitors being 7.3 out of 10, whereas the ASUS Rog Strix XG438Q 43" and Asus ROG Swift PG348Q managed averages of 8.4 and 8.2 points, respectively.

Due to the difference in their prices, however, it's important to keep in mind that a direct ASUS Rog Strix XG438Q 43" vs. Asus ROG Swift PG348Q comparison might not be entirely fair - some sources don't take value for money into account when assigning their scores and therefore have a tendency to rate more premium products better. 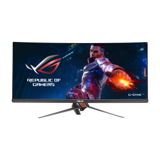 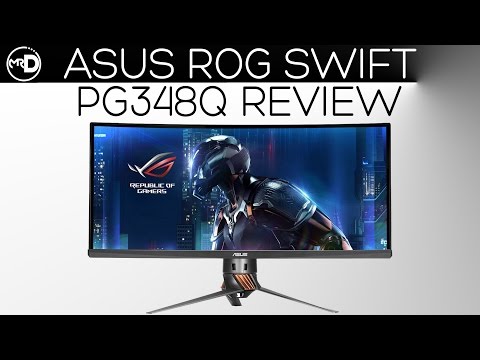 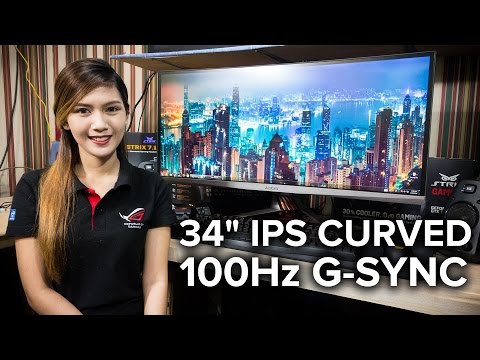 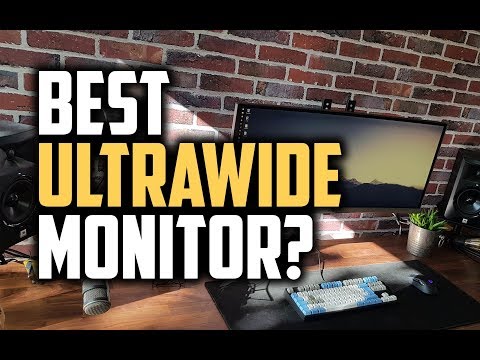 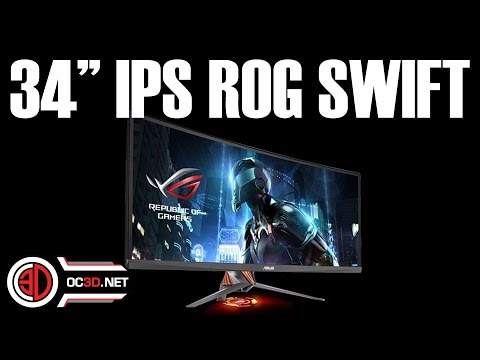 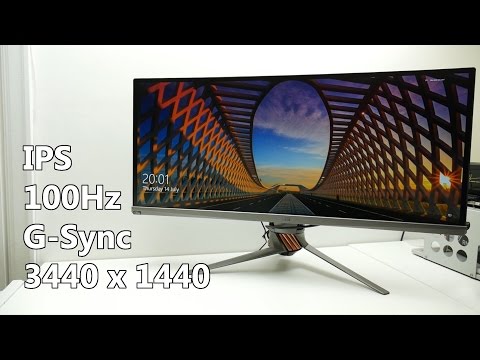 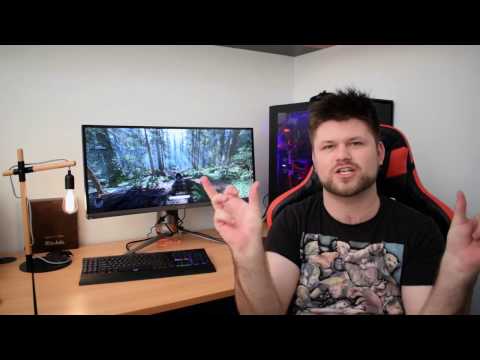 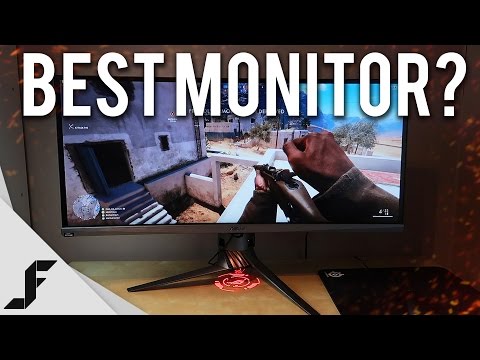 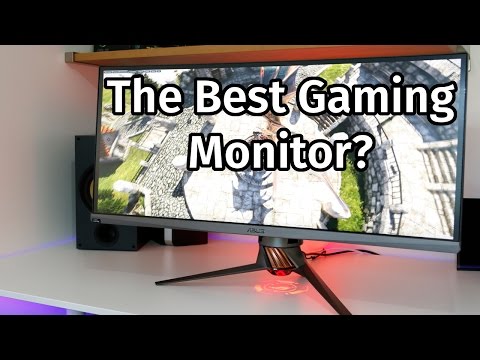 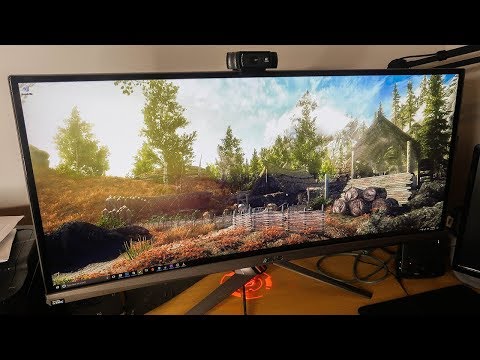 Best for Hardcore Giant-Screen Gamers
in “The Best 4K Monitors for 2020”
Last updated: 5 days ago

Best for Hardcore Giant-Screen Gaming
in “The Best Gaming Monitors for 2020”
Last updated: 7 days ago

Trusted Source
Depth of
analysis
Yes
In-house
Testing
Reviewed is a website that provides its readers with objective, trustworthy reviews. It extensively tests the performance of products under controlled laborato...
Ranked #4 out of 5
in “The Best 32-inch Gaming Monitors of 2020”
Last updated: 18 Aug 2020

MakeUseOf
Depth of
analysis
Yes
In-house
Testing
Ranked #6 out of 6
in “The Best 4K Gaming Monitors for All Budgets”
Last updated: 10 Sep 2018

Trusted Source
Depth of
analysis
Yes
In-house
Testing
Reviewed is a website that provides its readers with objective, trustworthy reviews. It extensively tests the performance of products under controlled laborato...
Ranked #9 out of 13
in “The Best Gaming Monitors of 2020”
Last updated: 18 Aug 2020

Highly Trusted Source
Depth of
analysis
Yes
In-house
Testing
Rtings performs extensive hands-on testing under controlled laboratory conditions and is great at presenting its findings to the reader. It focuses on a rela...
Mentioned
in “The 6 Best Ultrawide Gaming Monitors - Fall 2020”
Last updated: 13 days ago