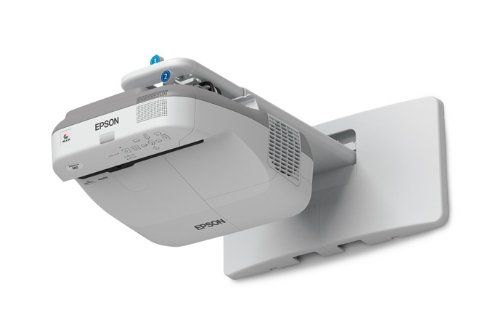 Next, we took a look at which sources liked them best and found that the BenQ TH671ST most impressed the reviewers at ProjectorCentral, who gave it a score of 10, whereas the Epson PowerLite 580 LCD Projector - HDTV - 4:3 did best in its PCmag review - it scored 8 points.

Lastly, we compared their review averages and found that the BenQ TH671ST did much better than the majority of its competitors, with an average review score of 9.5 out of 10, compared to the 8.0 overall average of Home Projectors in general, whereas the Epson PowerLite 580 LCD Projector - HDTV - 4:3 hasn't managed to perform quite as well, with an average rating of 8.0.

GamesRadar+
Depth of
analysis
Yes
In-house
Testing
Ranked #4 out of 12
in “The best projector for games, and movies on any budget in 2022”
Last updated: 20 days ago

Runner Up
in “7 Of The Best Gaming Projector To Buy 2022 - Reviewed”
Last updated: 21 days ago
isitrated.com
-
Depth of
analysis
No
In-house
Testing