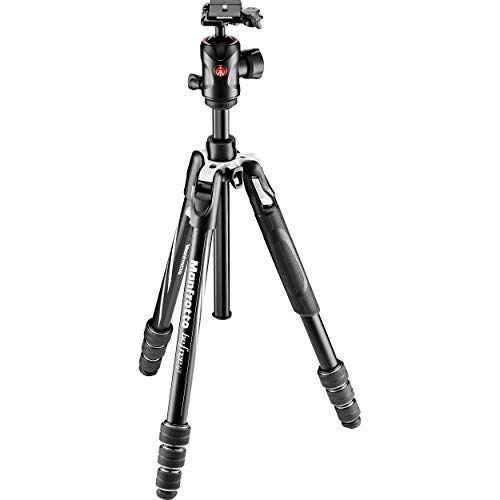 The Benro Rhino Two Series Tripod was loved by reviewers at Digital Camera World, a highly trusted source that performs reliable in-depth testing. It did great in its "The best tripod for photographers in 2021: get sharper shots in any conditions" roundup where it was named its "Ranked 2 out of 11", which, in itself, makes it a product worth considering.

Moving on to the Manfrotto Befree Advanced GT Aluminium Tripod MKBFRTA4GT-BH: it has done really well in a number of roundups done by sources that perform objective and reliable testing, including Expert Reviews, creativebloq.com, and camerajabber.com - it won the "An excellent carbon fibre tripod" title from Expert Reviews, "One of the smallest and most lightweight aluminium tripods out there" from creativebloq.com, and "Ranked 2 out of 6" from camerajabber.com. That points towards it being a cut above most of its competitors. 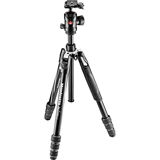 Digital Camera World
9.0
Has no expert reviews
—
No Data
Recommended by trusted experts

Trusted Source
Depth of
analysis
Yes
In-house
Testing
TechRadar performs extensive research and uses well-thought-out and objective methodologies when testing the various products and services that it covers. The...
Ranked #7 out of 12
in “Best travel tripod 2021: the 12 finest lightweight tripods for your camera”
Last updated: 19 Jul 2021

Highly Trusted Source
Depth of
analysis
Yes
In-house
Testing
Ranked #5 out of 12
in “The best travel tripod in 2021: from full-size supports to bag-sized mini tripods”
Last updated: 25 days ago

An excellent carbon fibre tripod
in “Best tripod 2021: Capture tack sharp pictures with our pick of the best camera tripods on the market”
Last updated: 8 Sep 2021

One of the smallest and most lightweight aluminium tripods out there
in “The best tripods in 2021 for taking better photos”
Last updated: 9 Apr 2021