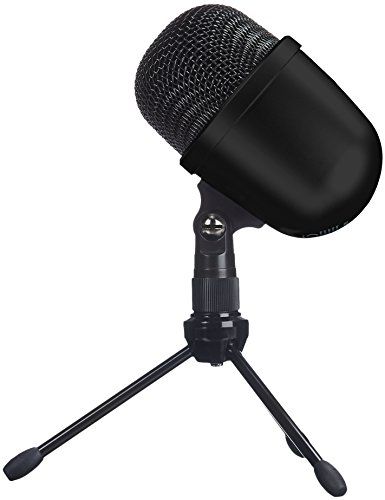 The AmazonBasics Desktop Mini Condenser and Blue Yeti Pro 1967 (2011) make for good, if unremarkable, USB Microphones at their respective budgets.

With that said, while they both should serve reasonably well, you might want to look into other options at the $50 and $160 price points - it's likely that there are some better alternatives available.

If you want to learn more about the AmazonBasics Desktop Mini Condenser and the Blue Yeti Pro 1967 (2011), however, we prepared a summary of the information that we have:

The AmazonBasics Desktop Mini Condenser was loved by reviewers at Wirecutter (NYTimes), a highly trusted source that performs reliable in-depth testing. It did great in its "The Best USB Microphone" roundup where it was named its "Budget pick", which, in itself, makes it a product worth considering.