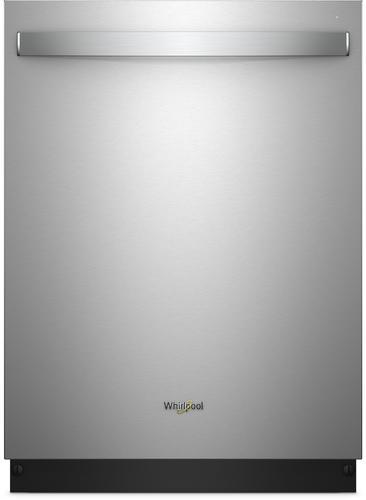 The Bosch 300 Series 18" Dishwasher SPE53U55 is widely considered to be a great Dishwasher at its $830 budget. The Whirlpool WDT750 Built In Dishwasher, however, while also a good product at this price point, doesn't stack up against its competitors quite as well.

As for the Whirlpool WDT750 Built In Dishwasher analysis - it impressed reviewers at Reviewed, a source that's known for its objective testing and well-thought-out methodology - it performed great in its "The Best Affordable Dishwashers of 2021" roundup and earned the "Ranked 3 out of 14" title.

As a last step, we wanted to do a head-to-head Bosch 300 Series 18" Dishwasher SPE53U55 vs. Whirlpool WDT750 Built In Dishwasher comparison of their review performance but, unfortunately, weren't able to find any review ratings on either product.

Trusted Source
Depth of
analysis
Yes
In-house
Testing
Reviewed is a website that provides its readers with objective, trustworthy reviews. It extensively tests the performance of products under controlled laborato...
Ranked #12 out of 15
in “The Best Stainless Steel Dishwashers of 2021”
Last updated: 10 Nov 2020