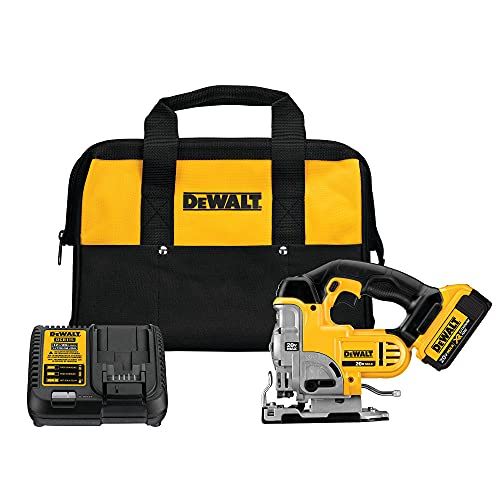 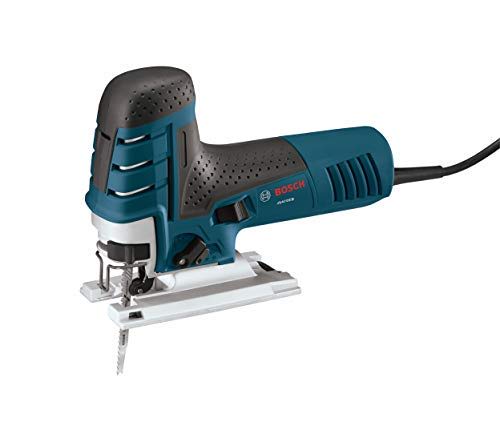 With that said, while they both should serve reasonably well, you might want to look into other options at the $250 and $120 price points - it's likely that there are some better alternatives available.

If you want to learn more about the DEWALT 20V Max Jigsaw and the Bosch 7.0-Amp Corded Barrel-Grip Jigsaw, however, we prepared a summary of the information that we have:

The DEWALT 20V Max Jigsaw was well-received by reviewers at Popular Mechanics, a trustworthy source that performs unbiased hands-on testing. It did great in their "The Best Jigsaws for Home DIY Projects" roundup - they named it their "Best Commercial-Grade Option", which, by itself, suggests that it's a noteworthy product.

As for the Bosch 7.0-Amp Corded Barrel-Grip Jigsaw analysis - it impressed reviewers at Popular Mechanics, a source that's known for its objective testing and well-thought-out methodology - it performed great in its "The Best Jigsaws for Home DIY Projects" roundup and earned the "Best barrel-style model" title. 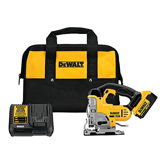 Tool Box Buzz
8.0
Has no expert reviews
—
No Data
Recommended by trusted experts