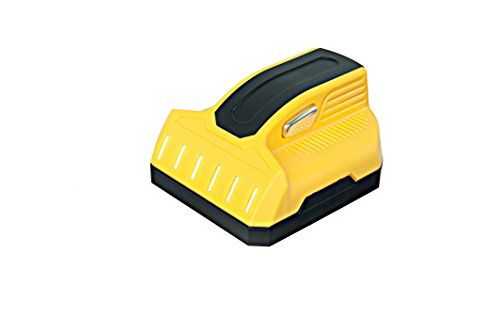 The Bosch GMS120 is one of the very best Stud Finders that one can get for around $65. The Franklin Sensors ProSensor T6, however, while a very good choice at its $25 price point, falls just short of being remarkable.

The Bosch GMS120 was loved by reviewers at TechGearLab, a highly trusted source that performs reliable in-depth testing. It did great in its "The 5 Best Stud Finders" roundup where it was named its "Ranked 1 out of 12", which, in itself, makes it a product worth considering.

As for the Franklin Sensors ProSensor T6, it was really well-received by reviewers at Your Best Digs, a reliable source that's known for conducting its own, high-quality, in-depth testing. It performed great in its "Magnets" roundup and was named its "Ranked 1 out of 9", which, on its own, makes it a product that warrants a closer look.

r/homeowners
in "I want to install a speed bag on this wall. The outlet is putting a wrench in my plans because I do not want to drill into live wire. This is in the basement and behind the dry wall is concrete and also studs."
Last updated: 20 Sep 2018
Reddit Threads (4)

Runner Up
in “Best Stud Finders That Will Let You Eliminate Hidden Hazards in Your Walls”
Last updated: 18 Sep 2022
bestofmachinery.com
-
Depth of
analysis
No
In-house
Testing