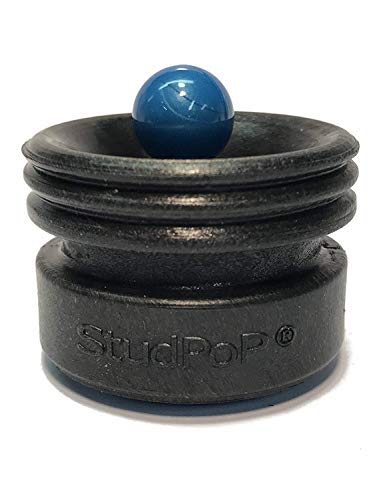 The Bosch GMS120 is a great Stud Finder for its $68 asking price.

The StudPop ORIGINAL Magnetic Stud Finder, however, while a reasonable product for $10, doesn't stack up against its competitors quite as well. If you're considering Stud Finders in the $13 range, you might want to check out some better options.

The Bosch GMS120 has managed to impress reviewers from some of the most highly trusted sources on the internet, including TechGearLab and Your Best Digs. It performed great in their in-depth hands-on roundups - it was awarded the "Top Pick" title by TechGearLab and "Best for Floor/Ceiling Joists" by The Spruce in their respective Stud Finder roundups. That's high praise, especially when coming from such high-quality sources.

Returning to the StudPop ORIGINAL Magnetic Stud Finder, Wirecutter (NYTimes), a source that's known for its high-quality in-depth testing, has great things to say about it. In fact, it was named its "Runner Up" in its "The Best Stud Finder for Home Use" roundup, which is quite a feat.

As a last step, we wanted to do a head-to-head Bosch GMS120 vs. StudPop ORIGINAL Magnetic Stud Finder comparison of their review performance but, unfortunately, weren't able to find any review ratings on either product.

Best for Floor/Ceiling Joists
in “The 7 Best Stud Finders of 2021”
Last updated: a month ago