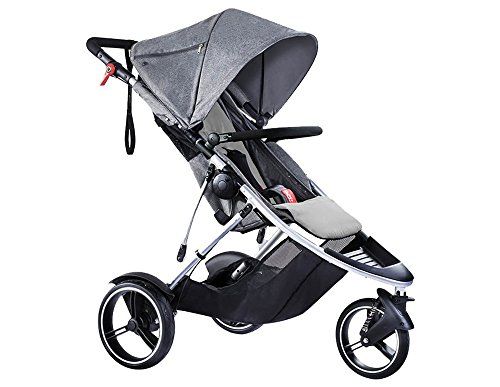 The Britax B-Ready makes for a good, if unremarkable Standard Stroller for people with a $270 budget. The phil&teds Dash, however, is merely mediocre when compared to other options at its price point and won't satisfy the needs of most people.

In both cases, however, you might want to look into some alternatives at the $270 price range - chances are that there are better options available.

If you're still interested in learning more about the Britax B-Ready and phil&teds Dash, however, we put together a summary of what we know:

As for the phil&teds Dash - MadeForMums, a source that conducts reliable hands-on testing, has featured it in its Phil & Teds Dash Pushchair review roundup. However, it didn't make it to any of the top spots.

Out of all the sources that reviewed them, the Britax B-Ready turned out to be most loved by MadeForMums, which gave it a score of 8.6, whereas the phil&teds Dash got its highest, 8.2, rating from reviewers at MadeForMums.