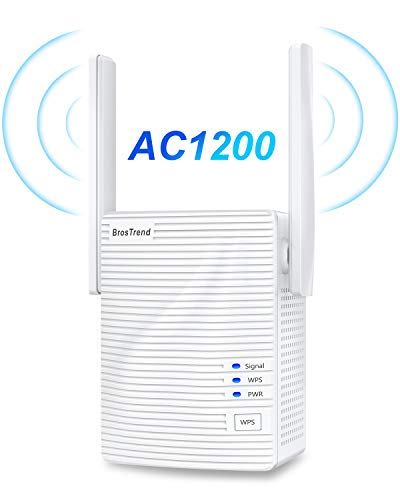 The BrosTrend 1200AC Wi-Fi Extender (2019) was loved by reviewers at TechGearLab, a highly trusted source that performs reliable in-depth testing. It did great in its "Best WiFi Extender of 2021" roundup where it was named its "A Solid Dual Band WiFi Extender with a Classic Look", which, in itself, makes it a product worth considering.

As for the Netgear EX3800 - TrustedReviews, a source that conducts reliable hands-on testing, has featured it in its Netgear EX3800 roundup. However, it didn't make it to any of the top spots.

We first examined which sources rated each of these best and found that the BrosTrend 1200AC Wi-Fi Extender (2019) got its highest, 6, rating from techadvisor.com, while the Netgear EX3800 earned its best, 8, score from TrustedReviews.

However, it's worth pointing out that a direct BrosTrend 1200AC Wi-Fi Extender (2019) vs. Netgear EX3800 comparison might not be entirely fair, because some sources have a tendency of not taking value for money into account when reviewing products.