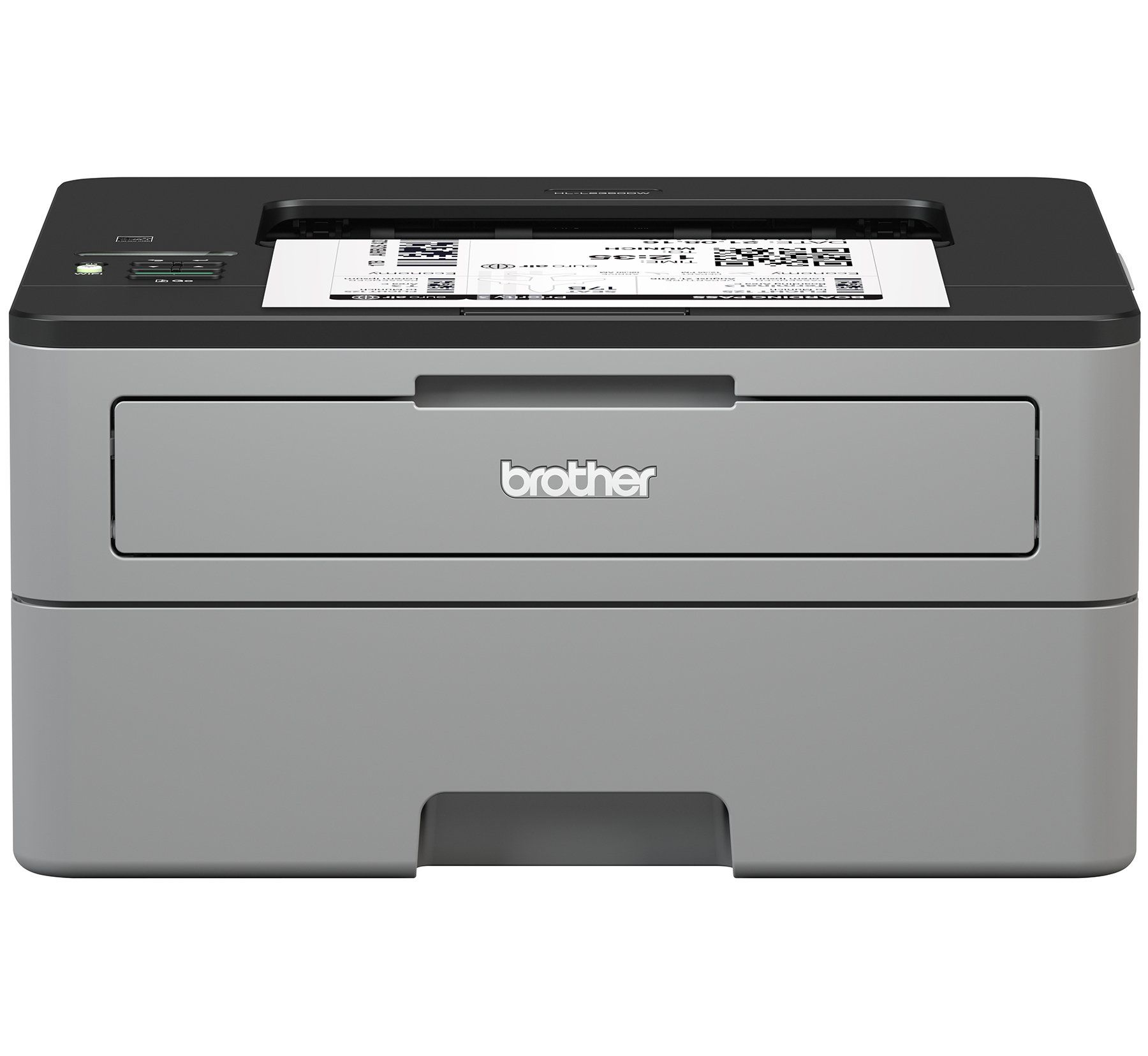 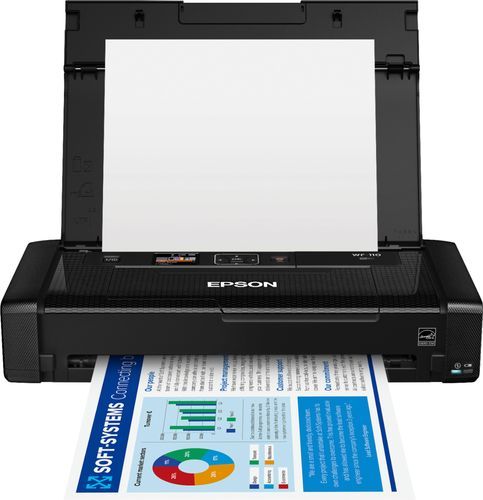 The Brother HL-L2350DW is an exemplary product and sets the bar for all other Home Printers at the $180 budget.

The Epson WF-110 Wireless Mobile Printer, however, is merely passable for its price. We suggest taking a look at some better options if you're considering buying a Home Printer in the $340 range.

The Brother HL-L2350DW has done great in a couple of roundups conducted by highly trusted sources that perform objective in-depth testing, like CNET, TechGearLab, Wirecutter (NYTimes), and Rtings - it earned the "Best black-and-white printer" title from CNET, "Best Laser for a Tight Budget" from TechGearLab, and "Budget pick" from Wirecutter (NYTimes). Any product that's held in high regard by such reliable sources should be considered by anyone that's looking for a Home Printer at this price point.

Moving on to the Epson WF-110 Wireless Mobile Printer: it was loved by creativebloq.com and Techradar - two reliable sources that conduct their own in-depth testing. In fact, it was named "The best portable printer for precision printing" and "Ranked 2 out of 10" in their respective roundups, which points to it being a product worthy of consideration.

When we thoroughly analyzed their review scores, we learned that all of the sources that tested both Home Printers, including Gadget Review, preferred the Brother HL-L2350DW over the Epson WF-110 Wireless Mobile Printer.

We also took a look at which sources they managed to impress the most. The Brother HL-L2350DW was liked best by Gadget Review, which gave it a score of 9.4, while the Epson WF-110 Wireless Mobile Printer got its highest, 9, score from Gadget Review.

Lastly, we averaged out all of the reviews scores that we could find on these two products and compared them to other Home Printers on the market. We learned that both of them performed far better than most of their competitors - the overall review average earned by Home Printers being 7.1 out of 10, whereas the Brother HL-L2350DW and Epson WF-110 Wireless Mobile Printer managed averages of 8.3 and 8.3 points, respectively.

Due to the difference in their prices, however, it's important to keep in mind that a direct Brother HL-L2350DW vs. Epson WF-110 Wireless Mobile Printer comparison might not be entirely fair - some sources don't take value for money into account when assigning their scores and therefore have a tendency to rate more premium products better. 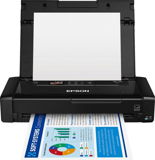 r/AskTechnology
in "Reccomend me a printer?"
Last updated: 27 Nov 2019

r/LifeProTips
in "LPT: If you're buying a home printer for occasional use, get a laser printer; they're more expensive up front but way more economical in the long run."
Last updated: 14 Jun 2018

Trusted Source
Depth of
analysis
Yes
In-house
Testing
Ranked #3 out of 8
in “The 8 Best Printers for Mac”
Last updated: 17 Aug 2020

Trusted Source
Depth of
analysis
Yes
In-house
Testing
TechRadar performs extensive research and uses well-thought-out and objective methodologies when testing the various products and services that it covers. The...
Ranked #15 out of 19
in “Best home printer: How did we choose?”
Last updated: 16 days ago

Best Overall
in “The Best Home Printers on Amazon, According to Hyperenthusiastic Reviewers”
Last updated: 25 Sep 2019

Trusted Source
Depth of
analysis
Yes
In-house
Testing
Ranked #5 out of 5
in “The Best Printer for Home Use With Cheap Ink”
Last updated: 16 Dec 2019

Cheaper, with great print quality and lots of connectivity options for professionals on the moved
in “Best compact printers 2021”
Last updated: 16 Sep 2021

Trusted Source
Depth of
analysis
Yes
In-house
Testing
TechRadar performs extensive research and uses well-thought-out and objective methodologies when testing the various products and services that it covers. The...
Ranked #3 out of 10
in “Best Epson printers of 2021: Portable, Laser, All-in-one, Inkjet and more”
Last updated: 13 Jul 2021