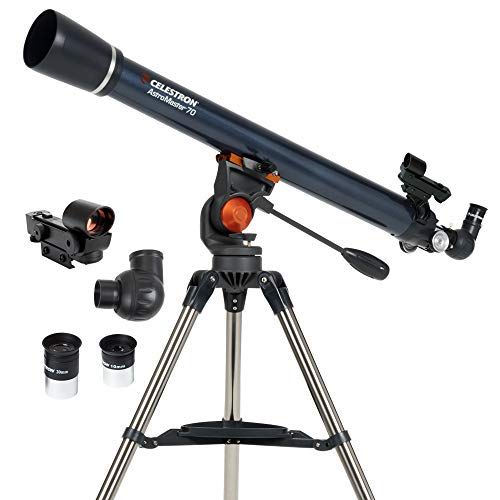 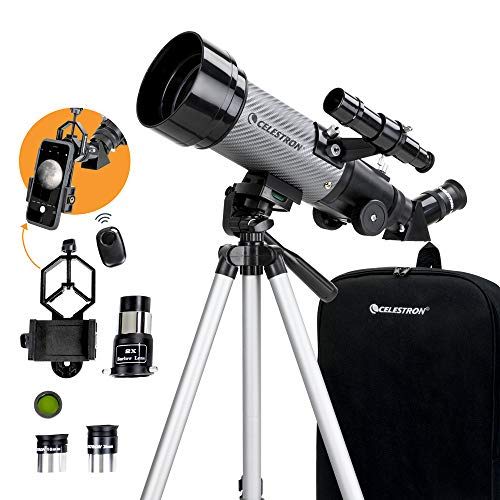 The Celestron AstroMaster 70AZ makes for a good, if unremarkable Consumer Telescope for people with a $700 budget. The Celestron Travel Scope 70mm, however, is merely mediocre when compared to other options at its price point and won't satisfy the needs of most people.

In both cases, however, you might want to look into some alternatives at the $700 price range - chances are that there are better options available.

If you're still interested in learning more about the Celestron AstroMaster 70AZ and Celestron Travel Scope 70mm, however, we put together a summary of what we know:

The Celestron AstroMaster 70AZ hasn't managed to get enough recognition from sources that do high-quality hands-on testing and therefore didn't make it into any relevant roundups. That, by itself, makes it difficult to recommend.

As for the Celestron Travel Scope 70mm analysis - it impressed reviewers at Expert Reviews, a source that's known for its objective testing and well-thought-out methodology - it performed great in its "Best telescope 2021: The best astronomy and travel telescopes from £97" roundup and earned the "The best low-cost travel telescope" title.

As a last step, we wanted to do a head-to-head Celestron AstroMaster 70AZ vs. Celestron Travel Scope 70mm comparison of their review performance but, unfortunately, weren't able to find any review ratings on either product. 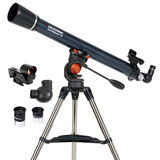 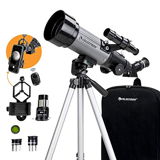 r/newjersey
in "Anyone know if it is worth getting a telescope if you live in North NJ?"
Last updated: 21 Jan 2019

r/Astronomy
in "What was your first telescope? Do you regret having started with that telescope?"
Last updated: 30 Dec 2017

Runner Up
in “Best telescope 2021: The best astronomy and travel telescopes from £97”
Last updated: 19 days ago