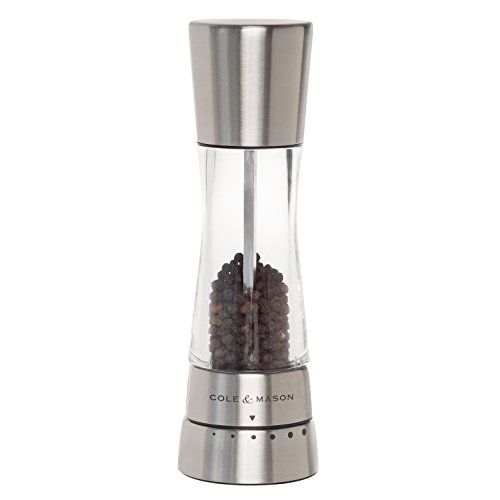 The Kuhn Rikon 25551 Ratchet, however, while a reasonable product for $26, doesn't stack up against its competitors quite as well. If you're considering Pepper Mills in the $11 range, you might want to check out some better options.

The Cole & Mason H59401G has impressed reviewers from two sources that are among the most highly trusted on the internet, namely America's Test Kitchen and TechGearLab. It did great in their objective hands-on roundups - it earned the "Top Pick" and "A Pepper mill with Modern Flair" awards from America's Test Kitchen and TechGearLab, respectively. That's high praise from such reputable sources.

As for the Kuhn Rikon 25551 Ratchet - it was really well-received by reviewers at TechGearLab, a great source that's known for conducting high-quality in-depth testing. It performed great in its "Best Spice Grinder of 2020" roundup and was named its "Good Performance at a Great Price", which, on its own, makes it a product that warrants a closer look.

As a last step, we wanted to do a head-to-head Cole & Mason H59401G vs. Kuhn Rikon 25551 Ratchet comparison of their review performance but, unfortunately, weren't able to find any review ratings on either product. 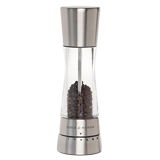 r/AskCulinary
in "Can you recommend a specific pepper grinder for tellicherry pepper?"
Last updated: 20 Aug 2018

r/Cooking
in "Squeeze bottles changed the game - what other kitchen tools do I need?"
Last updated: 28 May 2019

r/Cooking
in "What are some cooking/kitchen gadgets you can’t do without since you got them, and what are some that were disappointing and useless?"
Last updated: 13 May 2020

consumersearch
Depth of
analysis
No
In-house
Testing
Ranked #7 out of 10
in “The Best Pepper Mills and Grinders of 2021”
Last updated: 13 Dec 2020