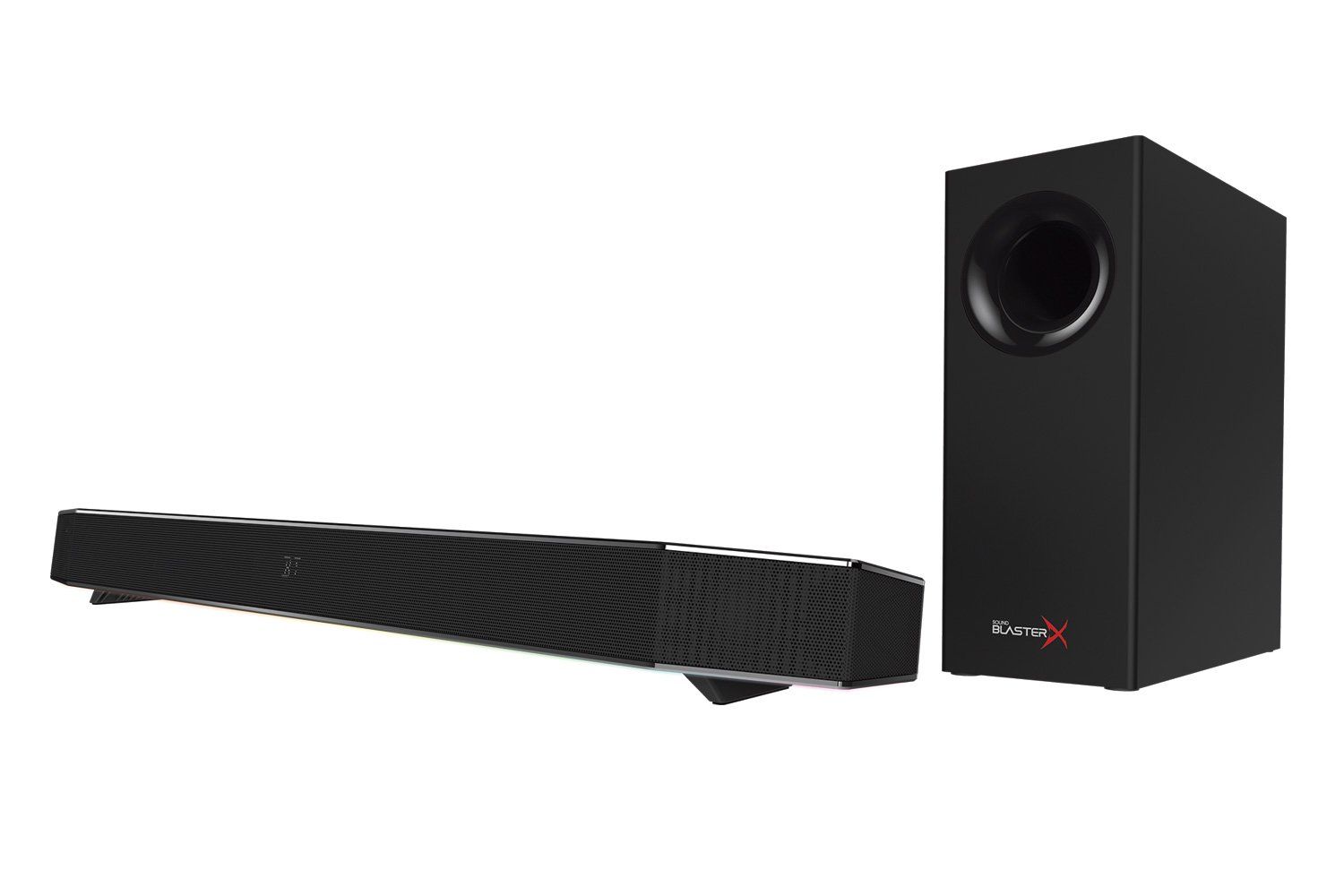 Good
highgroundgaming.com: Ranked #3 out of 7

The Creative Sound BlasterX Katana Soundbar (2016) (51MF8245AA000) and LG SN11RG make for good, if unremarkable, Soundbars at their respective budgets.

With that said, while they both should serve reasonably well, you might want to look into other options at the $170 and $910 price points - it's likely that there are some better alternatives available.

If you want to learn more about the Creative Sound BlasterX Katana Soundbar (2016) (51MF8245AA000) and the LG SN11RG, however, we prepared a summary of the information that we have:

No sources that perform objective hands-on testing have deemed the Creative Sound BlasterX Katana Soundbar (2016) (51MF8245AA000) worthy of being included in their Soundbar roundups, which typically isn't a good sign.

As for the LG SN11RG - it impressed reviewers at Android Authority, a trustworthy source that conducts solid hands-on testing. It did great in its "CES 2020: The best audio products" roundup - in fact, it earned its "Ranked 2 out of 7" title, which, on its own, indicates a certain level of quality.

Finally, we wanted to pit the LG SN11RG against the rest of its competition. Thankfully, we were able to find enough data to properly examine its review performance and found that it, on average did worse than most other Soundbars - it managed to get an average score of 6.5, compared to the overall Soundbar average of 7.6.

r/Monitors
in "I’ve never had a premium monitor in my life - that changed today. Being excited is an understatement!"
Last updated: 28 May 2020
See morefewer
Reddit Threads (4)