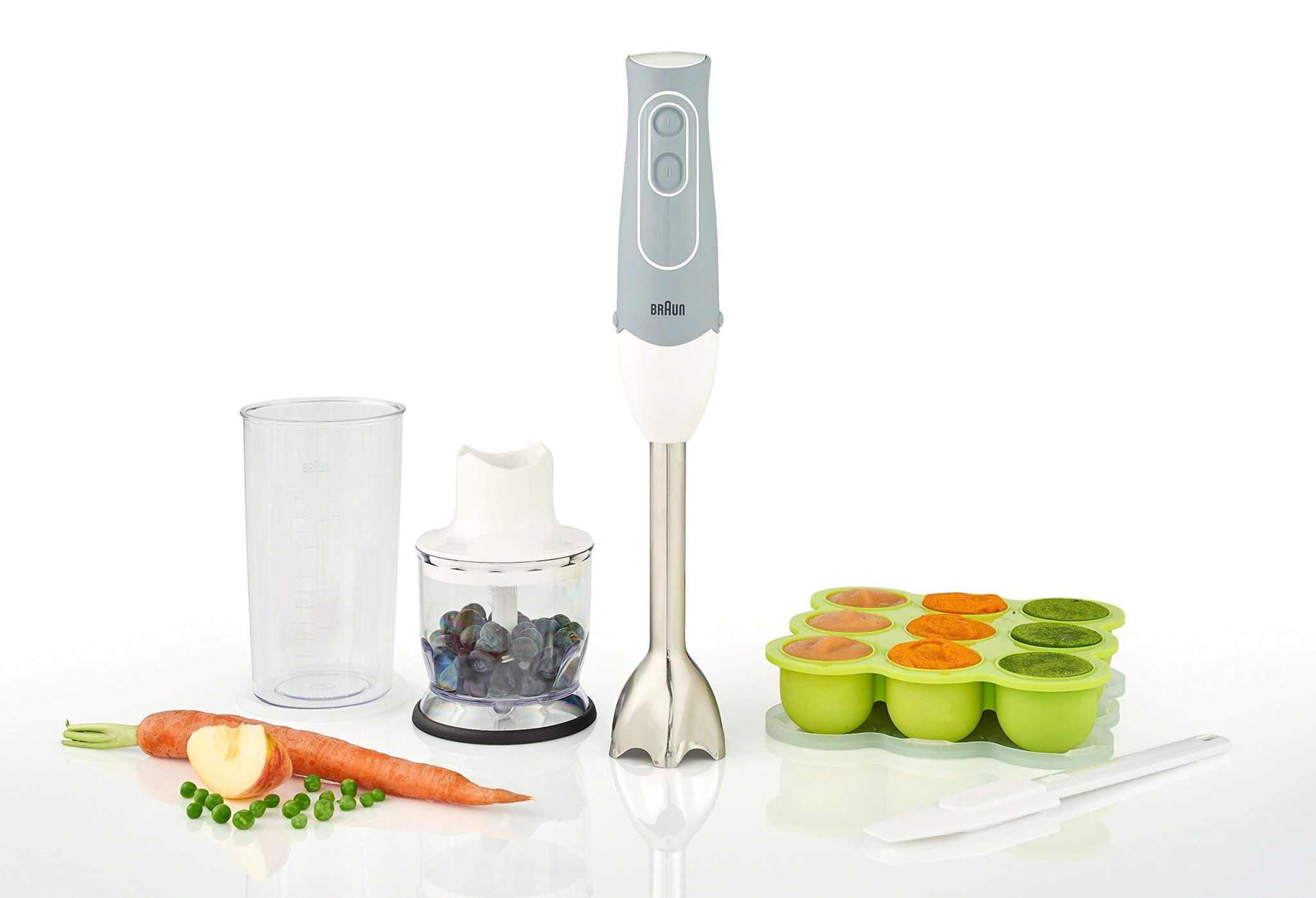 The Braun MultiQuick 5 is a great Immersion Blender for its $51 asking price.

The Dualit Immersion Blender (2011), however, while a reasonable product for $129, doesn't stack up against its competitors quite as well. If you're considering Immersion Blenders in the $110 range, you might want to check out some better options.

The Braun MultiQuick 5 has done great in quite a few roundups from some of the most highly trusted sources available, such as reviewgeek.com, Wirecutter (NYTimes), and America's Test Kitchen, which perform high-quality in-depth testing. It got awarded the "The Budget Pick" title by reviewgeek.com, "Budget pick" by Wirecutter (NYTimes), and "Winner" by America's Test Kitchen in their respective roundups. Earning that much praise from such respected sources is undoubtedly an impressive accomplishment.

As for the Dualit Immersion Blender (2011) analysis - it impressed reviewers at Good Housekeeping, a source that's known for its objective testing and well-thought-out methodology - it performed great in its "10 best hand blenders to buy now" roundup and earned the "Best hand blender for large quantities" title.

Trusted Source
Depth of
analysis
Yes
In-house
Testing
Reviewed is a website that provides its readers with objective, trustworthy reviews. It extensively tests the performance of products under controlled laborato...
Mentioned
in “The Best Blenders of 2021”
Last updated: a month ago
See more recommendationsfewer recommendations
Recommended by trusted experts