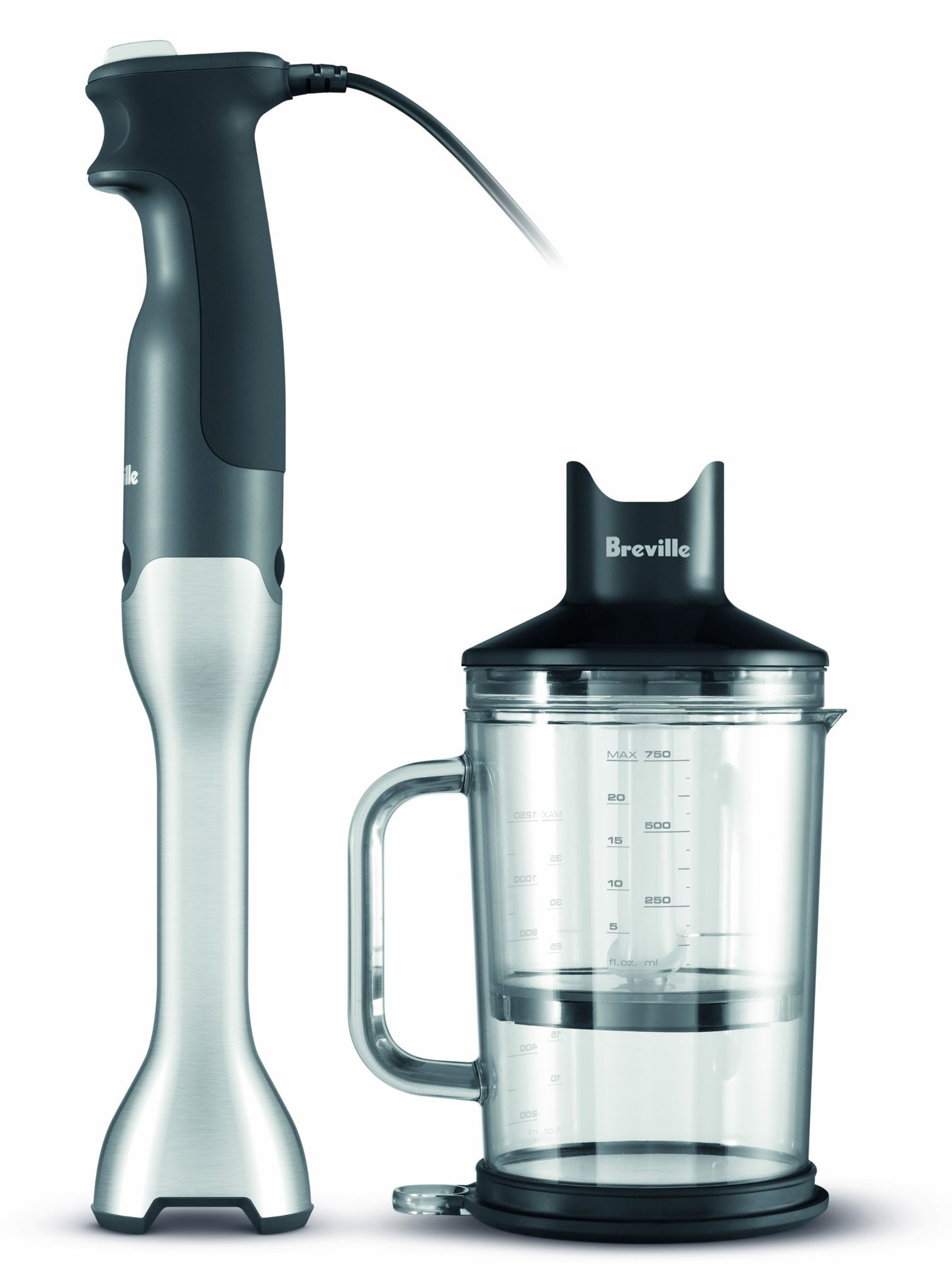 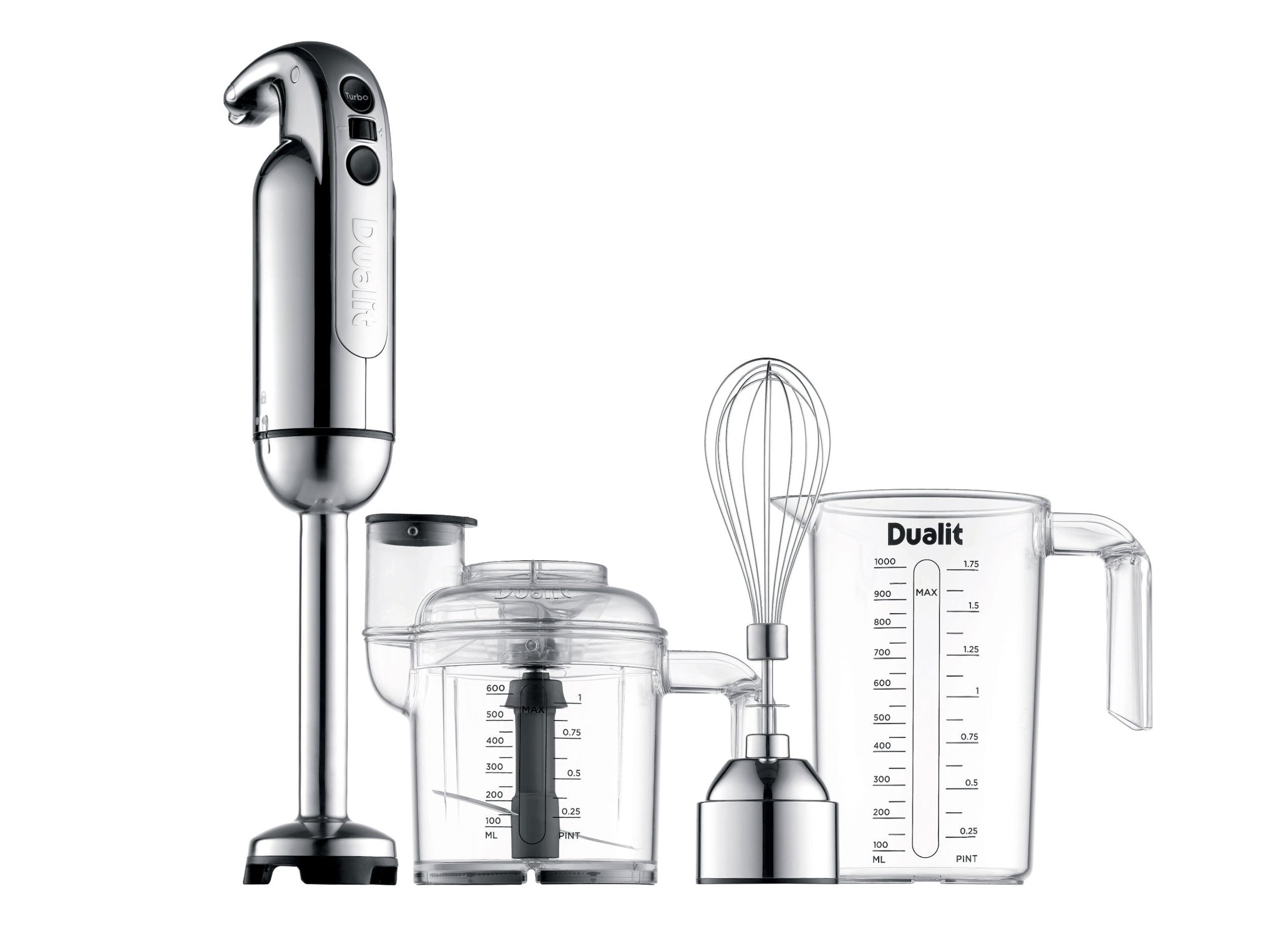 Two highly trusted sources that perform well-thought-out in-depth testing consider the Breville Immersion Blender BSB510XL (2011) to be a great product - it earned the "Top Pick" title from Wirecutter (NYTimes) and "Ranked 3 out of 12" from America's Test Kitchen in their respective Immersion Blender roundups, which is a good indication of it being a notable product.

Taking a look at the Dualit Immersion Blender (2011), it got featured in roundups from two reliable sources that conduct their own testing - TrustedReviews and Wirecutter (NYTimes) - but it fell short of earning a top spot in either.

We first examined which sources rated each of these best and found that the Breville Immersion Blender BSB510XL (2011) got its highest, 8.8, rating from Foodal, while the Dualit Immersion Blender (2011) earned its best, 8, score from TrustedReviews.

Lastly, we averaged out all of the reviews scores that we could find on these two products and compared them to other Immersion Blenders on the market. We learned that both of them performed far better than most of their competitors - the overall review average earned by Immersion Blenders being 7.8 out of 10, whereas the Breville Immersion Blender BSB510XL (2011) and Dualit Immersion Blender (2011) managed averages of 8.8 and 8.0 points, respectively.

Due to the difference in their prices, however, it's important to keep in mind that a direct Breville Immersion Blender BSB510XL (2011) vs. Dualit Immersion Blender (2011) comparison might not be entirely fair - some sources don't take value for money into account when assigning their scores and therefore have a tendency to rate more premium products better.

r/Cooking
in "Wife loves to bake. Asked for an electric whisker for Christmas. How can I surprise her with something really cool?"
Last updated: 14 Dec 2018
See morefewer
Reddit Threads (0)
—
No Data
Higher than average expert review score
7.8
Overall Avg. for Immersion Blenders
8.8
Avg. Review Score
Score

Best Overall
in “The Best Immersion Blenders of 2020”
Last updated: 3 days ago

Runner Up
in “The Best Immersion Blender”
Last updated: 17 Apr 2020

Runner Up
in “Best hand blender: immersion and stick blenders for soups, sauces, smoothies and more”
Last updated: 4 days ago

Trusted Source
Depth of
analysis
Yes
In-house
Testing
Trusted Reviews does its own testing of all of the products it reviews. What's more, it's impressively consistent in its analysis and methodology acro...
Mentioned
in “Best Hand Blenders 2020: Top 6 blenders on the market”
Last updated: 31 Jan 2019
© Lustre Inc. 2020   •  Terms of Service  •  Privacy Policy  •  Contact