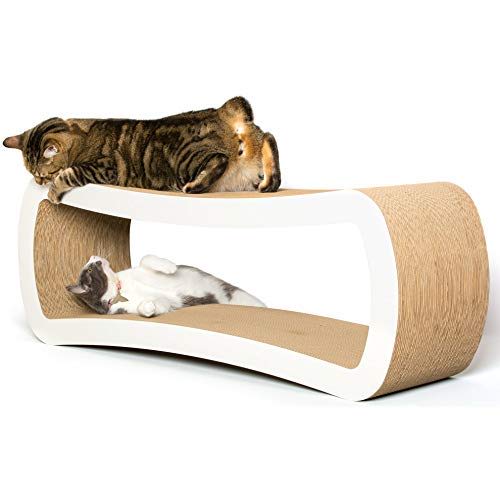 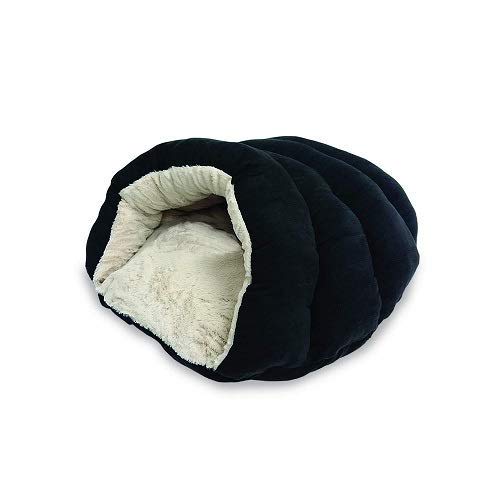 The PetFusion Jumbo Cat Scratcher Lounge makes for a good, if unremarkable, Cat Bed for people with a $45 budget.

The Ethical Products Sleep Zone Cuddle Cave, however, is merely mediocre at its $30 asking price, when compared to similarly priced products, and won't satisfy the needs of most people.

In either case, we suggest that you first take a look at some other options at the $45 and $19 price points before committing to one of these - it's likely that you'll be able to find some better alternatives.

If you're still interested in learning more about the PetFusion Jumbo Cat Scratcher Lounge and Ethical Products Sleep Zone Cuddle Cave, however, we wrote a summary of what we could find about them:

The PetFusion Jumbo Cat Scratcher Lounge was loved by reviewers at Wirecutter (NYTimes), a highly trusted source that performs reliable in-depth testing. It did great in its "The Best Cat Beds (According to Our Cats)" roundup where it was named its "The best cat bed for multicat households", which, in itself, makes it a product worth considering.

As for the Ethical Products Sleep Zone Cuddle Cave - it wasn't considered to be a good enough purchase to earn a spot in any roundups conducted by sources that perform objective hands-on testing, which typically indicates that a product isn't worth its asking price.

As a last step, we wanted to do a head-to-head PetFusion Jumbo Cat Scratcher Lounge vs. Ethical Products Sleep Zone Cuddle Cave comparison of their review performance but, unfortunately, weren't able to find any review ratings on either product. 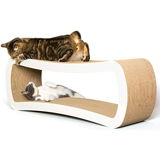 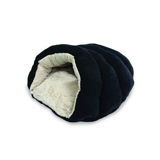 The best cat bed for multicat households
in “The Best Cat Beds (According to Our Cats)”
Last updated: 16 Oct 2020