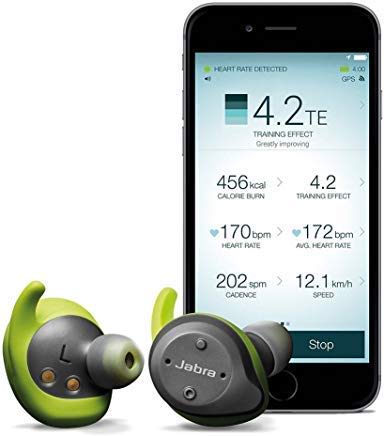 The Jabra Elite Sport (2017) is an example of a great product that certainly makes for a good purchase for people that are looking to spend $109 on a Canal Earphones.

In the case of the Etymotic ER3XR, however, we weren't able to find enough data to come to any reliable conclusions.

The Jabra Elite Sport (2017) has impressed reviewers from two sources that are among the most highly trusted on the internet, namely SoundGuys and gearinstitute.com. It did great in their objective hands-on roundups - it earned the "Best true wireless" and "Ranked 2 out of 5" awards from SoundGuys and gearinstitute.com, respectively. That's high praise from such reputable sources.

Returning to the Etymotic ER3XR, PCmag, a source that's known for its high-quality in-depth testing, has great things to say about it. In fact, it was named its "Ranked 1 out of 11" in its "The Best Earbuds (In-Ear Headphones) for 2021" roundup, which is quite a feat.

Trusted Source
Depth of
analysis
Yes
In-house
Testing
TechRadar performs extensive research and uses well-thought-out and objective methodologies when testing the various products and services that it covers. The...
Ranked #8 out of 10
in “The best running headphones 2021: earbuds and headsets for tough workouts”
Last updated: a month ago
menshealth.com
-
Depth of
analysis
No
In-house
Testing