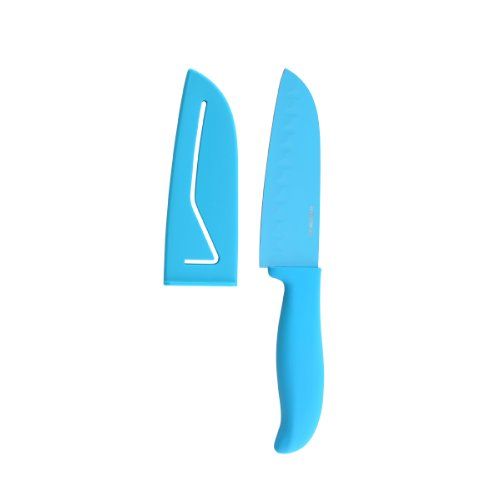 With that said, while they both should serve reasonably well, you might want to look into other options at the $70 and $40 price points - it's likely that there are some better alternatives available.

If you want to learn more about the MAC Knife Superior Series SK-65 Santoku Knife and the Farberware 5119324, however, we prepared a summary of the information that we have:

The MAC Knife Superior Series SK-65 Santoku Knife was loved by reviewers at America's Test Kitchen, a highly trusted source that performs reliable in-depth testing. It did great in its "Santoku Knives" roundup where it was named its "Best Buy", which, in itself, makes it a product worth considering.

As for the Farberware 5119324, it was really well-received by reviewers at TechGearLab, a reliable source that's known for conducting its own, high-quality, in-depth testing. It performed great in its "Best Santoku Knife of 2021" roundup and was named its "Another Affordable Option", which, on its own, makes it a product that warrants a closer look.

As a last step, we wanted to do a head-to-head MAC Knife Superior Series SK-65 Santoku Knife vs. Farberware 5119324 comparison of their review performance but, unfortunately, weren't able to find any review ratings on either product. 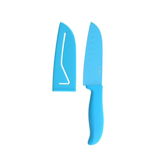 r/chefknives
in "“Uhh.. why do you have a box full of little, weird Japanese boxes in your closet?”"
Last updated: 5 May 2020

r/chefknives
in "Recommend me a Knife While Chef's Knife Getting Repaired"
Last updated: 27 May 2020
Reddit Threads (0)
—
No Data
Recommended by trusted experts

Best Overall
in “The Best Santoku Knife 2019: A Knife for Every Budget”
Last updated: 18 Apr 2019
Recommended by trusted experts