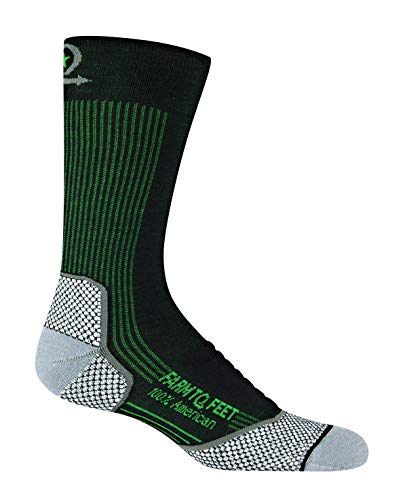 The Farm to Feet Damascus Lightweight Targeted Cushion Crew is widely considered to be a great Hiking Socks at its $20 budget. The Wrightsock Coolmesh II Crew, however, while also a good product at this price point, doesn't stack up against its competitors quite as well.

The Farm to Feet Damascus Lightweight Targeted Cushion Crew was loved by reviewers at Wirecutter (NYTimes), a highly trusted source that performs reliable in-depth testing. It did great in its "The Best Hiking Socks" roundup where it was named its "Runner Up", which, in itself, makes it a product worth considering.

As for the Wrightsock Coolmesh II Crew - it was really well-received by reviewers at OutdoorGearLab, a great source that's known for conducting high-quality in-depth testing. It performed great in its "Best Hiking Socks" roundup and was named its "Notable Mention for Breathability", which, on its own, makes it a product that warrants a closer look.

r/army
in "Looking for athletic ankle socks!"
Last updated: 6 May 2018