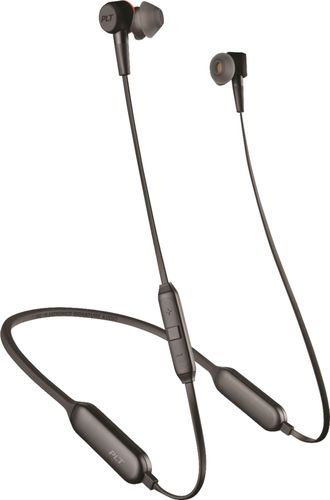 The Plantronics BackBeat Go 410 was loved by reviewers at Consumer Reports, a highly trusted source that performs reliable in-depth testing. It did great in its "Best Headphones for Under $50" roundup where it was named its "Best Cheap Noise-Canceling Earbuds", which, in itself, makes it a product worth considering.

Moving on to the Fitbit Flyer (2017): it was loved by iMore and slashgear.com - two reliable sources that conduct their own in-depth testing. In fact, it was named "Ranked 2 out of 12" and "Ranked 2 out of 8" in their respective roundups, which points to it being a product worthy of consideration.

As for a direct Plantronics BackBeat Go 410 vs. Fitbit Flyer (2017) comparison of their review performance, we examined sources that tested and rated both products, like SoundGuys and PCmag. It turns out that all such sources consider the Fitbit Flyer (2017) to be the superior product.

We also looked at the available data to find which sources liked each of them best and learned that the Plantronics BackBeat Go 410 most impressed reviewers at Techradar - they gave it a score of 8, whereas the Fitbit Flyer (2017) got rated best by SoundGuys - 8.1.

r/NoStupidQuestions
in "What are the best wireless Bluetooth earbuds (apart from airpods) for an iphone 7"
Last updated: 5 Feb 2019

Best Cheap Noise-Canceling Earbuds
in “Best Headphones for Under $50”
Last updated: 6 May 2022

Highly Trusted Source
Depth of
analysis
Yes
In-house
Testing
Soundguys combines thorough hands-on testing with extensive research to provide its readers with some of the most trustworthy consumer information on audio tec...
Rated 7.3 out of 10
in “Best wireless neckband earbuds”
Last updated: 2 Feb 2022

Trusted Source
Depth of
analysis
Yes
In-house
Testing
Ranked #5 out of 5
in “Does the Samsung Galaxy S20 have a headphone jack?”
Last updated: 5 Apr 2021