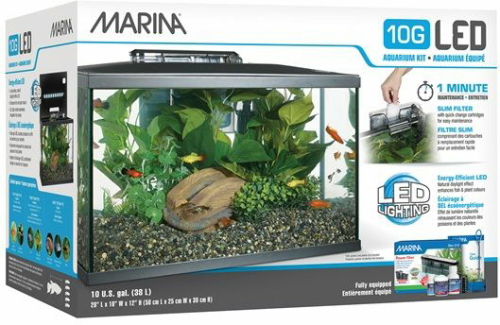 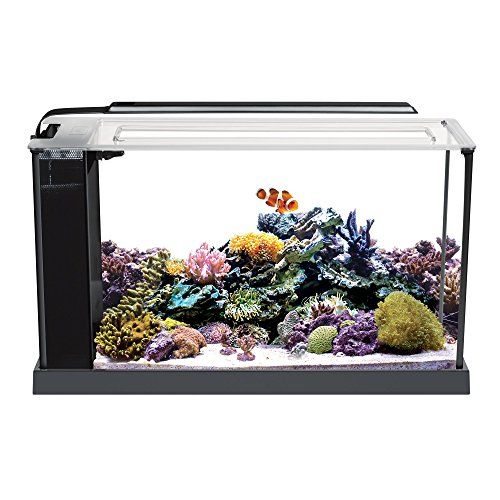 The Marina LED Aquarium Kit (10-Gallon) is a great Fish Tank for its $102 asking price.

The Fluval Sea Evo Aquarium Kit (5 Gallon), however, while a reasonable product for $119, doesn't stack up against its competitors quite as well. If you're considering Fish Tanks in the $120 range, you might want to check out some better options.

The Marina LED Aquarium Kit (10-Gallon) was loved by reviewers at Wirecutter (NYTimes), a highly trusted source that performs reliable in-depth testing. It did great in its "The Best Fish Tank, Heater, Light, and Accessories" roundup where it was named its "Ranked 1 out of 16", which, in itself, makes it a product worth considering.

As for the Fluval Sea Evo Aquarium Kit (5 Gallon) - it impressed reviewers at iMore, a trustworthy source that conducts solid hands-on testing. It did great in its "Best Aquariums in 2020" roundup - in fact, it earned its "Ranked 1 out of 8" title, which, on its own, indicates a certain level of quality.

As a last step, we wanted to do a head-to-head Marina LED Aquarium Kit (10-Gallon) vs. Fluval Sea Evo Aquarium Kit (5 Gallon) comparison of their review performance but, unfortunately, weren't able to find any review ratings on either product. 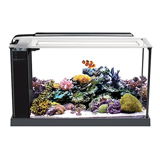 r/succulents
in "Hey guys! I thought I'd share my work shelfie! 🥰 my little office is so calm and so fun to watch grow! 😊 any additions I should bring in?!"
Last updated: 12 Feb 2020

r/bettafish
in "This is probably a common question but I want a nice looking tank that can support 1 betta and 2-3 guppies it needs to be from a 5-8 gallon tank $50 Max, I would also like it to look nice. Any Ideas?"
Last updated: 20 Nov 2019

r/bettafish
in "Question regarding starting from scratch or with a kit?"
Last updated: 23 Feb 2020

r/bettafish
in "Is this tank I found good for a first-timer? Or are there any other good tanks I should consider?"
Last updated: 1 Oct 2019

r/ReefTank
in "Looking to get a tank of my own, needing some advice"
Last updated: 22 Jun 2018

Best aquarium kit for beginners
in “The Best Fishbowls and Aquariums on Amazon, According to Hyperenthusiastic Reviewers”
Last updated: 18 Jul 2019

Runner Up
in “Best Fish Tanks”
Last updated: 8 days ago