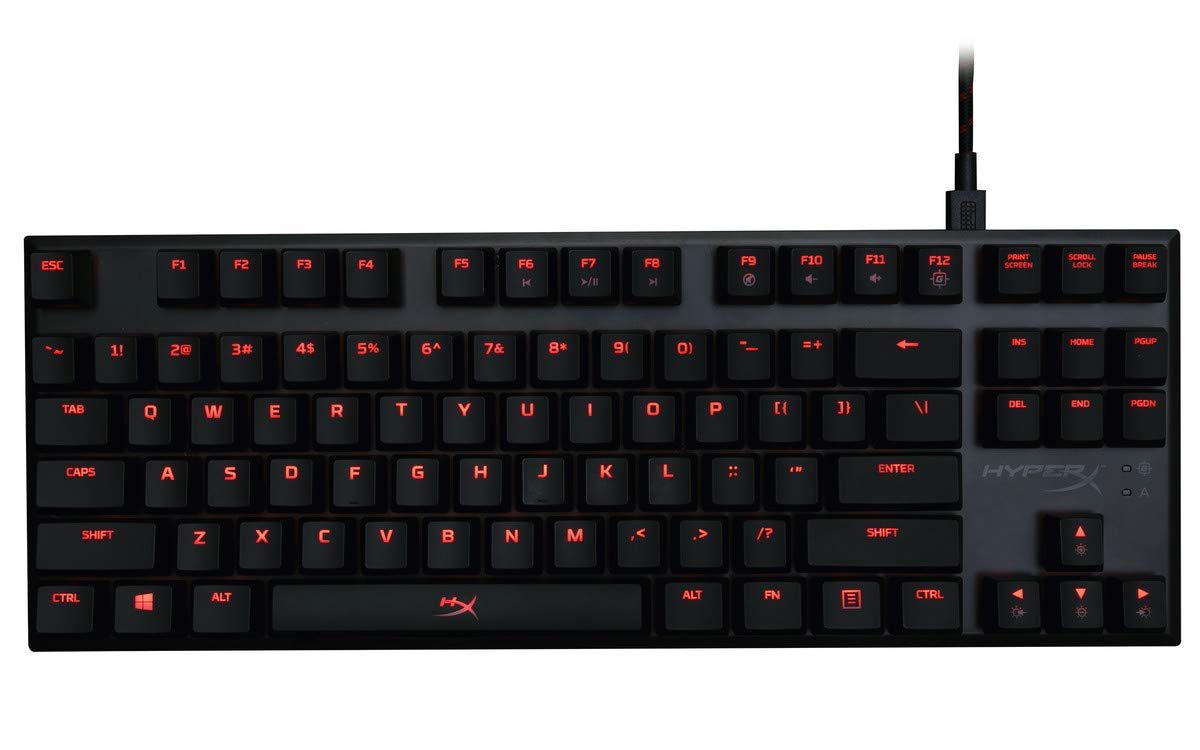 Expert Reviews: A gaming keyboard that’s great for typing, too

The HyperX Alloy FPS Pro (2017) was loved by reviewers at Tom's Hardware, a highly trusted source that performs reliable in-depth testing. It did great in its "Best Budget Mechanical Keyboards 2023" roundup where it was named its "Ranked 2 out of 7", which, in itself, makes it a product worth considering.

As for the Fnatic Streak (2018) - it impressed reviewers at Expert Reviews, a trustworthy source that conducts solid hands-on testing. It did great in its "Best keyboard 2022: Tried and tested USB and wireless keyboards from £15" roundup - in fact, it earned its "A gaming keyboard that’s great for typing, too" title, which, on its own, indicates a certain level of quality.

As for a direct HyperX Alloy FPS Pro (2017) vs. Fnatic Streak (2018) comparison of their review performance, we examined sources that tested and rated both products, like Rtings. It turns out that all such sources consider the Fnatic Streak (2018) to be the superior product.

We also looked at the available data to find which sources liked each of them best and learned that the HyperX Alloy FPS Pro (2017) most impressed reviewers at techaeris.com - they gave it a score of 9.3, whereas the Fnatic Streak (2018) got rated best by PCWorld - 9.

Runner Up
in “Top 7 Best Keyboards for Valorant in 2023”
Last updated: 31 Oct 2022
technicalustad.com
-
Depth of
analysis
No
In-house
Testing

A gaming keyboard that’s great for typing, too
in “Best keyboard 2022: Tried and tested USB and wireless keyboards from £15”
Last updated: 30 Nov 2022

Rated 9.0 out of 10
in “Best gaming keyboards: Our picks for the top budget, mid-tier, and RGB boards”
Last updated: 28 Dec 2022
leaguefeed.net
-
Depth of
analysis
No
In-house
Testing