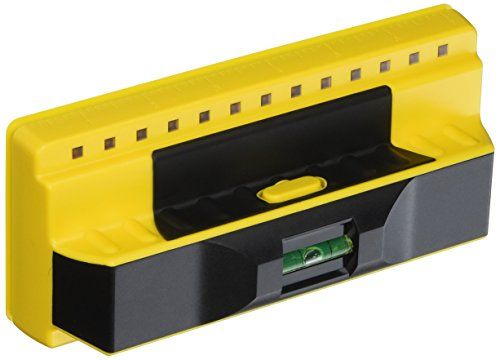 The Franklin Sensors ProSensor 710+ is a great Stud Finder for its $54 asking price.

The Zircon 69332 StudSensor™ A150, however, while a reasonable product for $34, doesn't stack up against its competitors quite as well. If you're considering Stud Finders in the $25 range, you might want to check out some better options.

The Franklin Sensors ProSensor 710+ has impressed reviewers from two sources that are among the most highly trusted on the internet, namely TechGearLab and Wirecutter (NYTimes). It did great in their objective hands-on roundups - it earned the "Simple Yet Reliable" and "Upgrade pick" awards from TechGearLab and Wirecutter (NYTimes), respectively. That's high praise from such reputable sources.

As for the Zircon 69332 StudSensor™ A150 - it impressed reviewers at Reviewed, a trustworthy source that conducts solid hands-on testing. It did great in its "The Best Stud Finders of 2021" roundup - in fact, it earned its "Top Pick" title, which, on its own, indicates a certain level of quality.

r/HomeImprovement
in "Failed miserably at installing a porch swing...how does one find a suitable joist/beam to hang from?"
Last updated: 17 May 2019

r/HomeImprovement
in "TIFU by not screwing into studs"
Last updated: 13 Apr 2019

r/techsupportmacgyver
in "Forgot to buy a 9V battery for the stud finder. Good thing I have alligator clips!"
Last updated: 23 Jun 2018

r/Tools
in "[Question] - I need to purchase a wood stud finder, any recommendations? Hope This is the correct sub. Thanks"
Last updated: 30 Apr 2018

r/HomeImprovement
in "Is a stud finder any better than using a strong magnet? I want to hang something"
Last updated: 23 Apr 2018

r/HomeImprovement
in "Are we allowed to do holiday gift idea posts? What is the best tool or other home improvement related item under $50?"
Last updated: 8 Nov 2017

The Spruce
9.6
Has no expert reviews
—
No Data
Highly recommended by trusted experts

Upgrade pick
in “The Best Stud Finder for Home Use”
Last updated: 8 Feb 2019