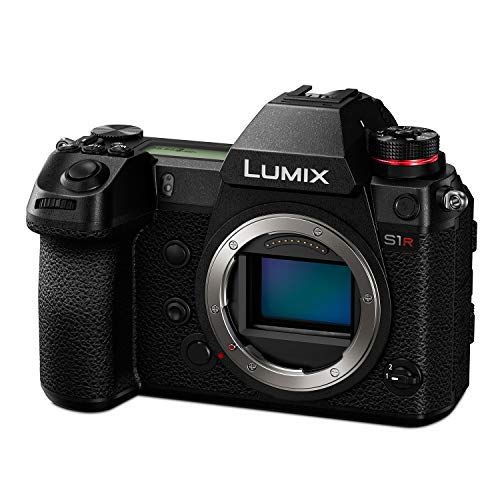 The Panasonic Lumix DC-S1R (2019) and Fujifilm X-T2 (2016) make for good, if unremarkable, Mirrorless Cameras at their respective budgets.

With that said, while they both should serve reasonably well, you might want to look into other options at the $3,600 and $1,400 price points - it's likely that there are some better alternatives available.

If you want to learn more about the Panasonic Lumix DC-S1R (2019) and the Fujifilm X-T2 (2016), however, we prepared a summary of the information that we have:

While the Panasonic Lumix DC-S1R (2019) wasn't able to make it to the very top of any roundups from sources that perform quality hands-on testing, it still got featured in a large number of them. DXOMARK, Digital Camera World, TrustedReviews, Digital Photography Review, Expert Reviews, Techradar, PCmag, and camerajabber.com have all deemed it worthy of a place on their respective shortlists.

We analyzed all of the review data that we could find on these two Mirrorless Cameras. First, we examined sources that tested and scored both of these products - Techradar, Expert Reviews, and PCmag favored the Fujifilm X-T2 (2016) over the Panasonic Lumix DC-S1R (2019), whereas reviewers at TrustedReviews and Digitaltrends haven't shown a preference for either.

Then we took a look at which sources liked them the most - we found that the Panasonic Lumix DC-S1R (2019) was best received by DXOMARK - it gave it a score of 9.8, whereas the Fujifilm X-T2 (2016) got its highest score of 10 from reviewers at Techradar.

Lastly, we averaged out all of the reviews scores that we could find on these two products and compared them to other Mirrorless Cameras on the market. We learned that both of them performed far better than most of their competitors - the overall review average earned by Mirrorless Cameras being 7.9 out of 10, whereas the Panasonic Lumix DC-S1R (2019) and Fujifilm X-T2 (2016) managed averages of 8.5 and 9.6 points, respectively.

Due to the difference in their prices, however, it's important to keep in mind that a direct Panasonic Lumix DC-S1R (2019) vs. Fujifilm X-T2 (2016) comparison might not be entirely fair - some sources don't take value for money into account when assigning their scores and therefore have a tendency to rate more premium products better. 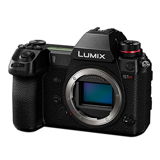 r/Cameras
in "A photography enthusiasts wants to get a camera but has no clue what camera to get, your suggestions would be highly appreciated."
Last updated: 12 Apr 2020
See morefewer
Higher than average expert review score
7.9
Overall Avg. for Mirrorless Cameras
8.5
Avg. Review Score
Score

Trusted Source
Depth of
analysis
Yes
In-house
Testing
TechRadar performs extensive research and uses well-thought-out and objective methodologies when testing the various products and services that it covers. The...
Ranked #8 out of 10
in “Best full-frame camera 2020: the 10 finest high-end DSLRs and mirrorless cameras ”
Last updated: 12 Jun 2020

Runner Up
in “The best cameras for landscape photography”
Last updated: 8 Jun 2020

Trusted Source
Depth of
analysis
Yes
In-house
Testing
Ranked #6 out of 10
in “The best Panasonic camera in 2020: from long zoom compacts to Lumix mirrorless”
Last updated: 19 days ago

Trusted Source
Depth of
analysis
Yes
In-house
Testing
Ranked #11 out of 14
in “The best professional camera in 2020: which pro camera system is best?”
Last updated: 27 May 2020

Trusted Source
Depth of
analysis
Yes
In-house
Testing
Ranked #12 out of 14
in “The best mirrorless camera in 2020, for beginners, enthusiasts and professionals”
Last updated: 3 days ago