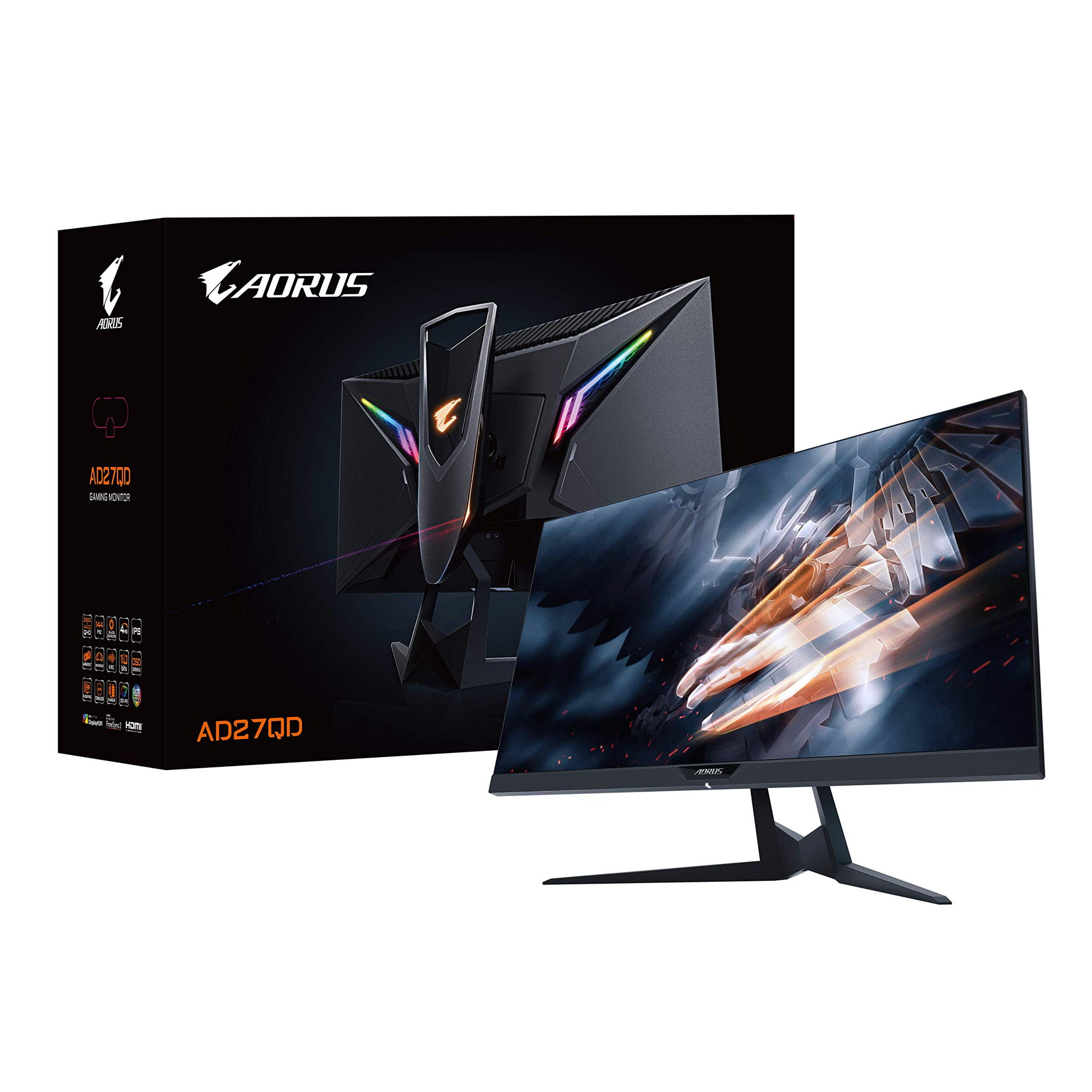 In the case of the Gigabyte Aorus AD27QD, however, we weren't able to find enough data to come to any reliable conclusions.

The AOC C27G1 27" was loved by reviewers at Laptop Mag, a highly trusted source that performs reliable in-depth testing. It did great in its "The best cheap monitors in 2021" roundup where it was named its "Best cheap curved monitor", which, in itself, makes it a product worth considering.

Taking a look at the Gigabyte Aorus AD27QD, it got featured in roundups from two reliable sources that conduct their own testing - Expert Reviews and Rtings - but it fell short of earning a top spot in either.

To get a better idea of how they fare when compared directly to each other, we analyzed review scores of sources that tested both. MonitorNerds, for example, preferred the AOC C27G1 27", while Expert Reviews rated both of them the same.

We also took a look at which sources had the best things to say about them. We learned that the AOC C27G1 27" got reviewed the highest by MonitorNerds - it gave it a rating of 9.6, while the Gigabyte Aorus AD27QD most impressed reviewers at MonitorNerds, which gave it a score of 9.4.

Lastly, we averaged out all of the reviews scores that we could find on these two products and compared them to other Monitors on the market. We learned that both of them performed far better than most of their competitors - the overall review average earned by Monitors being 7.3 out of 10, whereas the AOC C27G1 27" and Gigabyte Aorus AD27QD managed averages of 8.1 and 8.4 points, respectively.

Due to the difference in their prices, however, it's important to keep in mind that a direct AOC C27G1 27" vs. Gigabyte Aorus AD27QD comparison might not be entirely fair - some sources don't take value for money into account when assigning their scores and therefore have a tendency to rate more premium products better.

The 2018 AOC G1 monitor series is the company's budget lineup of Full HD VA gaming panels. The monitors are well suited for gamers that are looking for affordable, high refresh rate panels that can display vibrant images. However, the AOC G1 series panels aren't quite as fast as some TN monitors in their price range.

Regarding their overall image quality, the G1 series monitors are on par with the best gaming panels in their price range. Their VA panel reproduces both eye-catching colors and convincing blacks.

Gaming feels responsive and generally lag-free, thanks to the monitors' high refresh rate and low overall input lag. The motion looks slightly blurry, which is a common problem for budget VA panels with high refresh rates.

The owners of AMD GPUs can also take advantage of the monitors' FreeSync feature, which eliminates screen tearing and further reduces input lag.

Gigabyte's Aorus AD27QD was the company's highest-end gaming monitor in 2019. It's designed for fast-paced gaming in a bright environment where its most noticeable downside, IPS glow, isn't as visible. The monitor's futuristic-looking stand offers a wide range of ergonomic adjustments.

When placed in a well-lit room, the monitor displays good-looking scenes with bright and rich colors as well as passable blacks. Colors pop and look realistic, thanks to the monitor's high brightness and decent color accuracy. In a dim environment, however, the monitor suffers from IPS glow and ununiform blacks, which is a common limitation of IPS panels.

Despite supporting HDR, the AD27QD doesn't have the color volume and brightness needed to display HDR content properly.

The monitor does a good job when it comes to fast FPS games, where it keeps motion blur and input lag at a minimum. It doesn't suffer from screen tearing or stuttering because it supports variable refresh rate technology from both AMD and Nvidia. 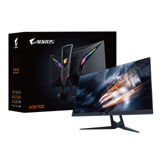 r/simracing
in "New monitor all mounted. Going from 50hz to 120hz is amazing. Man, this hobby sucks you in. I guess the next step is a different wheel & pedalset."
Last updated: 21 Sep 2020

r/simracing
in "New monitor all mounted. Going from 50hz to 120hz is amazing. Man, this hobby sucks you in. I guess the next step is a different wheel & pedalset."
Last updated: 21 Sep 2020

r/buildapc
in "This is my first time building a gaming PC"
Last updated: 10 Sep 2020

r/pcmasterrace
in "After playing console for years, I finally joined the master race!"
Last updated: 10 Aug 2020

r/sffpc
in "Decided to upgrade my build some moved from an old nzxt phantom case to the H1"
Last updated: 4 Oct 2020

r/pcmasterrace
in "I need a good but fairly cheap gaming monitor, but i know nothing about this stuff and dont want to screw up. any suggestions?"
Last updated: 5 Sep 2020

r/modernwarfare
in "Best gaming monitors for xbox one x and next gen?"
Last updated: 18 Jun 2020

New York Magazine
Depth of
analysis
No
In-house
Testing
Mentioned
in “Everything You Need to Work From Home, According to People Who Do It Every Day - Kitchen items”
Last updated: 18 Aug 2021