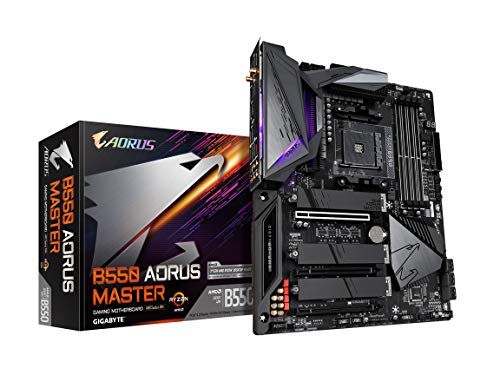 Tom's Hardware: Best B550 Motherboard (if Price Is No Object) 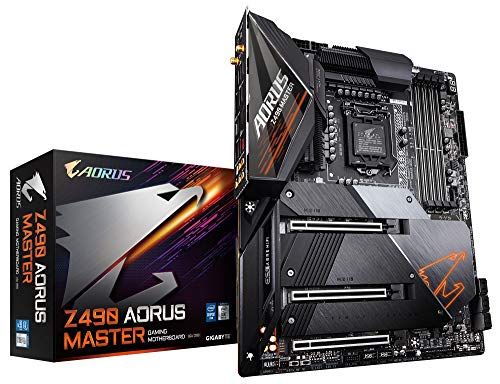 The Gigabyte B550 Aorus Master is a great Motherboard for its $327 asking price.

The Gigabyte Z490 Aorus Master, however, while a reasonable product for $382, doesn't stack up against its competitors quite as well. If you're considering Motherboards in the $410 range, you might want to check out some better options.

Moving on to the Gigabyte Z490 Aorus Master: it has performed really well in a handful of roundups done by reliable sources that perform their own objective testing, like PC Gamer, TrustedReviews, and Techradar - it was awarded the "Gigabyte's best Z490 motherboard is a luxurious Aorus." title by PC Gamer, "Good looks, but underwhelming performance and some missing features" by TrustedReviews, and "Ranked 2 out of 5" by Techradar, which marks it as a worthy candidate.

Then we checked which sources liked these two Motherboards best and found that the Gigabyte B550 Aorus Master got its highest, 8, review score from reviewers at Tom's Hardware, whereas the Gigabyte Z490 Aorus Master earned its best score of 9.5 from tweaktown.com.

r/buildapc
in "Help with choice of a motherboard for my new pc"
Last updated: 11 Sep 2021

r/intel
in "Confused about which Z490 board to get."
Last updated: 6 May 2020
See morefewer
Good expert review scores
8.0
Avg. Review Score
Score