SoundGuys: Best for most people 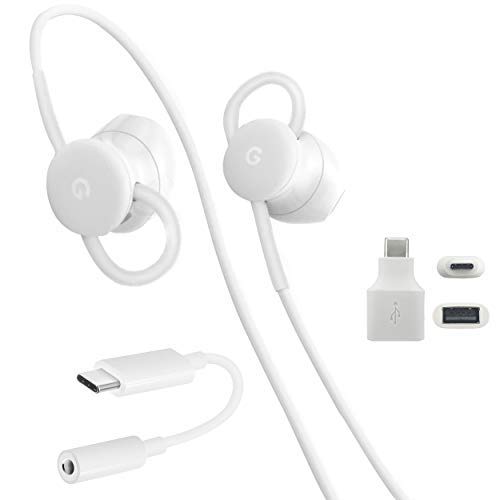 In the case of the $24 Google Pixel USB-C Earbuds, however, we weren't able to find enough data to come to any reliable conclusions. If you're considering buying a Earphone in the $25 range, we encourage you to take a look at some other options.

The Apple EarPods (2016) was loved by reviewers at SoundGuys, a highly trusted source that performs reliable in-depth testing. It did great in its "Best Lightning headphones of 2020" roundup where it was named its "Best for most people", which, in itself, makes it a product worth considering.

As for the Google Pixel USB-C Earbuds - it impressed reviewers at Android Central, a trustworthy source that conducts solid hands-on testing. It did great in its "Best headphones with Google Assistant support 2021" roundup - in fact, it earned its "Best value" title, which, on its own, indicates a certain level of quality.

We conducted an analysis of all of the review data that we could find on these two products. First, we focused on sources that tested and rated both of them, like Digitaltrends, and learned that they all showed a preference for the Google Pixel USB-C Earbuds.

Then we took a look at the highest review scores that these two Earphones received. We found that the Apple EarPods (2016) managed to earn a rating of 9 from ilounge.com, whereas the Google Pixel USB-C Earbuds got its highest, 8, score from reviewers at Digitaltrends.

Lastly, in order to better compare them to the rest of their competition, we averaged out their review scores. The Google Pixel USB-C Earbuds managed to get 8.0 out of 10 - considerably better than the 7.3 review average of Earphones in general - whereas the Apple EarPods (2016) earned 6.8 points.

It should be said that doing a direct Apple EarPods (2016) vs. Google Pixel USB-C Earbuds comparison might not be entirely fair due to the difference in their prices - some sources don't put much weight on value for money and thus tend to give better review scores to more expensive products. 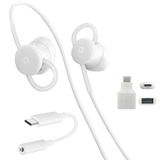 Highly Trusted Source
Depth of
analysis
Yes
In-house
Testing
Tom's Guide performs extensive research, in-depth analysis, and consistent, objective, and rigorous hands-on testing of every product that it features, mak...
Ranked #4 out of 15
in “I tested 15 of Amazon’s cheapest headphones — here are the best and worst”
Last updated: 21 Jul 2021

Runner Up
in “The Best Lightning Headphones for Your iPhone”
Last updated: 24 Oct 2018

Best Apple earbuds
in “The Best Earbuds and In-Ear Headphones on Amazon, According to Hyperenthusiastic Reviewers”
Last updated: 2 Oct 2019
bustle.com
-
Depth of
analysis
No
In-house
Testing