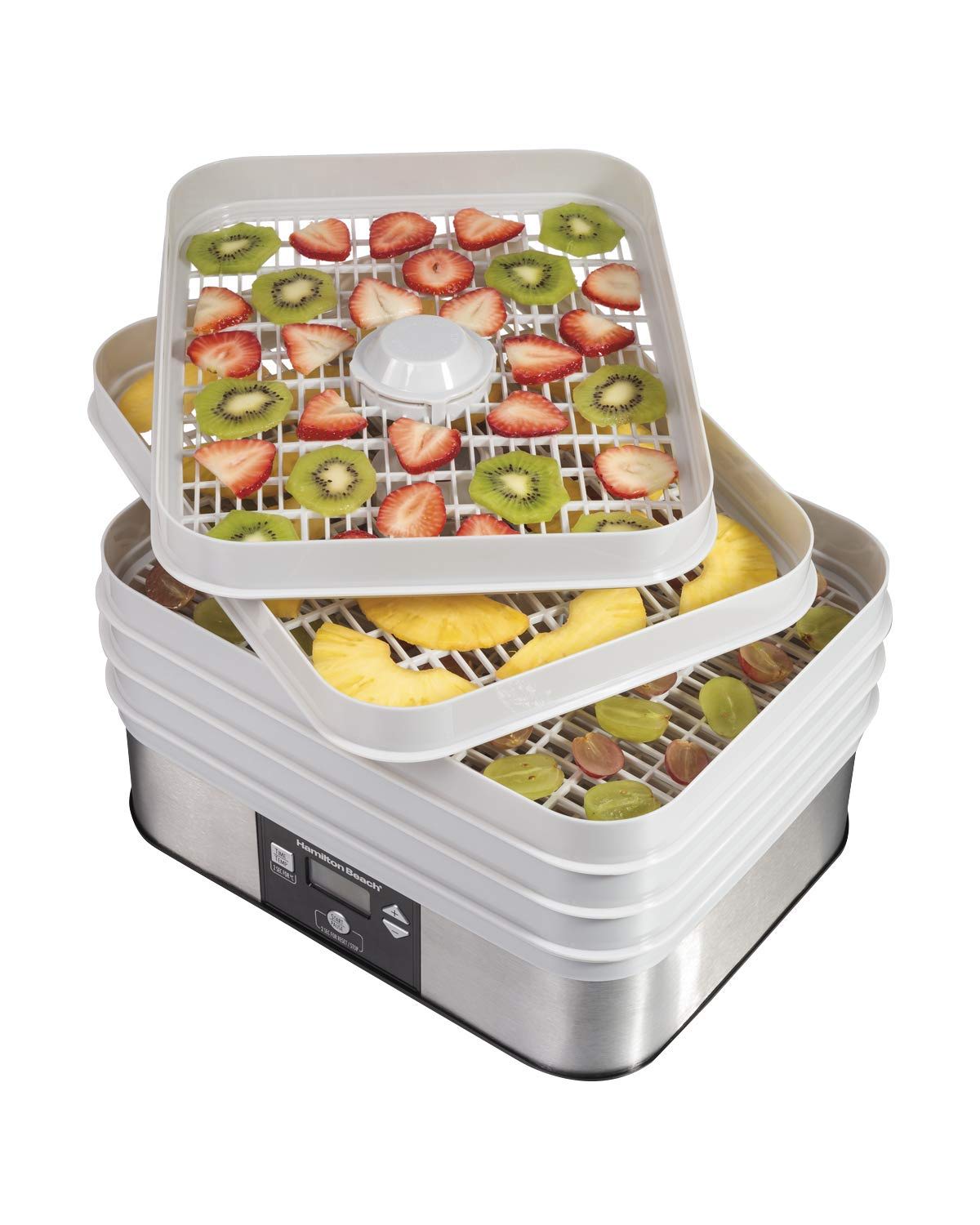 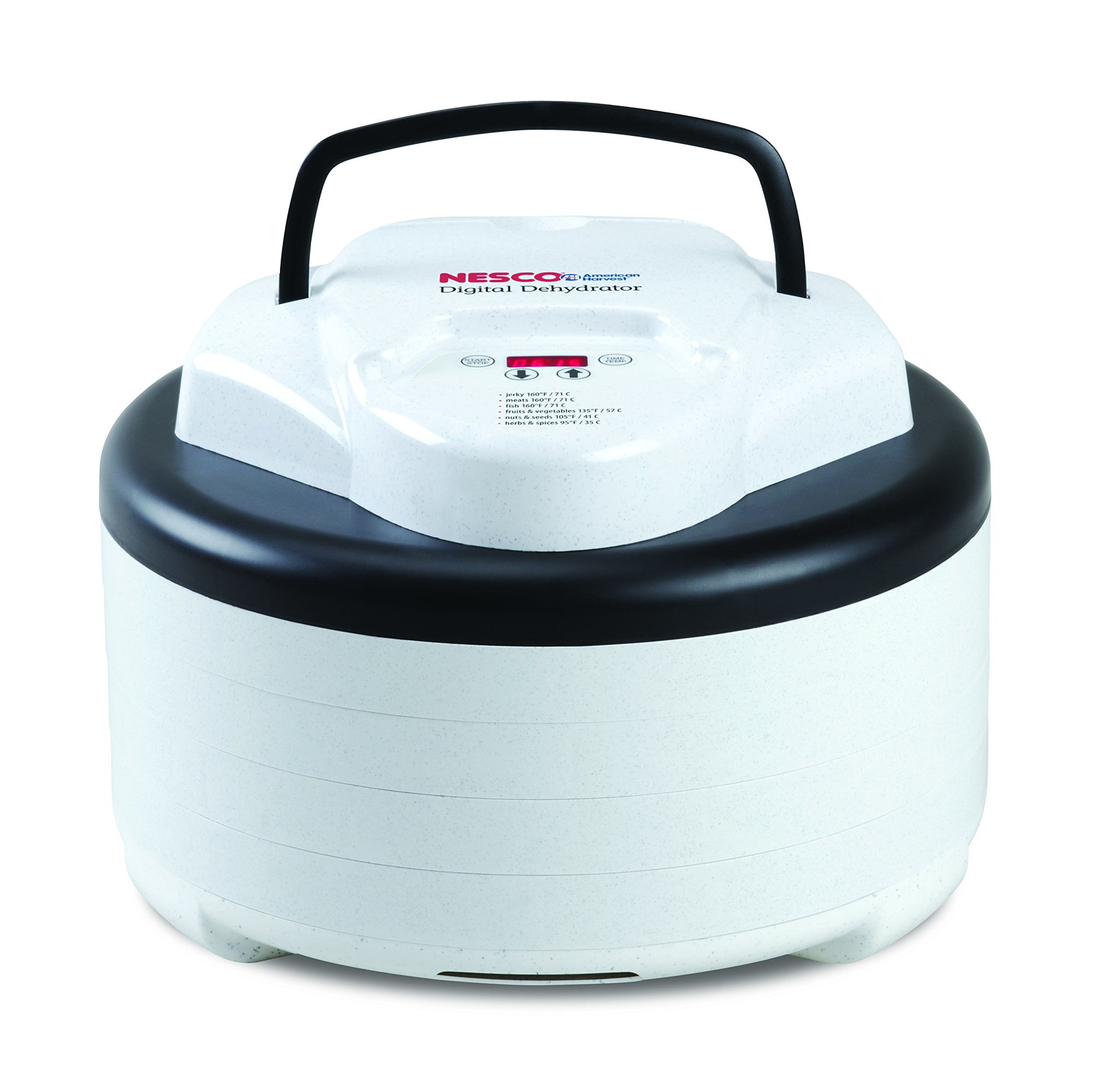 The Hamilton Beach 5 Tray Dehydrator 32100 is an exemplary product and sets the bar for all other Food Dehydrators at the $60 budget.

The Nesco FD-77DT, however, is merely passable for its price. We suggest taking a look at some better options if you're considering buying a Food Dehydrator in the $80 range.

The Hamilton Beach 5 Tray Dehydrator 32100 has impressed reviewers from two sources that are among the most highly trusted on the internet, namely TechGearLab and Your Best Digs. It did great in their objective hands-on roundups - it earned the "Best Bang for the Buck" and "Budget Pick" awards from TechGearLab and Your Best Digs, respectively. That's high praise from such reputable sources.

As for the Nesco FD-77DT, it was really well-received by reviewers at Wirecutter (NYTimes), a reliable source that's known for conducting its own, high-quality, in-depth testing. It performed great in its "The Best Food Dehydrator" roundup and was named its "Ranked 3 out of 15", which, on its own, makes it a product that warrants a closer look.

Lastly, we tried to do a direct Hamilton Beach 5 Tray Dehydrator 32100 vs. Nesco FD-77DT comparison of review ratings between these two products, but couldn't find any review scores for the Nesco FD-77DT.

Compared to all other Food Dehydrators on the market, however, the Hamilton Beach 5 Tray Dehydrator 32100 performed great. When averaged out, it earned a rating of 9.0 out of 10, which is much better than the 8.1 review average of Food Dehydrators in general. 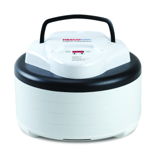 r/jerky
in "Is a $30 digital food dehydrator good enough to make jerky? Should I use better methods instead and save money? Link in text."
Last updated: 17 Sep 2018

r/jerky
in "Second time purchasing beef jerky is this much grease on jerky OK?"
Last updated: 3 May 2019

TechGearLab
9.0
Has no expert reviews
—
No Data
Highly recommended by trusted experts

Best food dehydrator for beginners
in “The Best Food Dehydrators on Amazon, According to Hyperenthusiastic Reviewers”
Last updated: 22 May 2019

Food Shark Marfa
Depth of
analysis
No
In-house
Testing
Rated 7.5 out of 10
in “The 12 Best Food Dehydrators in 2020”
Last updated: 18 Aug 2020
Recommended by trusted experts