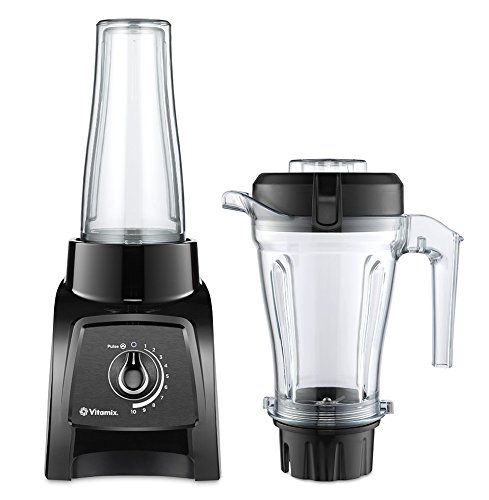 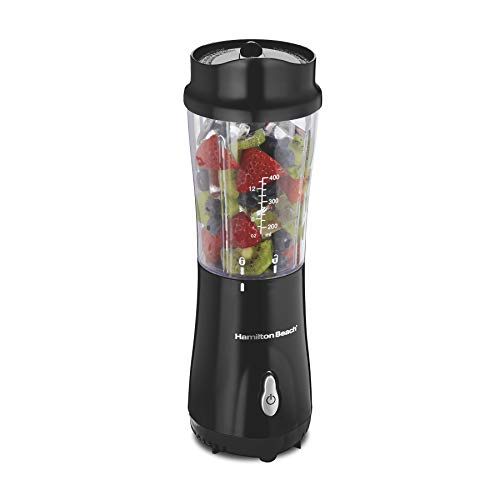 The Vitamix S30, however, is merely mediocre at its $449 asking price, when compared to similarly priced products, and won't satisfy the needs of most people.

In either case, we suggest that you first take a look at some other options at the $35 and $65 price points before committing to one of these - it's likely that you'll be able to find some better alternatives.

If you're still interested in learning more about the Hamilton Beach 51101 Personal Blender and Vitamix S30, however, we wrote a summary of what we could find about them:

The reviewers at Your Best Digs have featured the Hamilton Beach 51101 Personal Blender in their The Best Personal Blender roundup. However, it fell short of making it to the top of their list.

As for the Vitamix S30 analysis - it impressed reviewers at Your Best Digs, a source that's known for its objective testing and well-thought-out methodology - it performed great in its "The NutriBullet vs Vitamix" roundup and earned the "Next Best" title.

Vitamix Space Savings countertop blenders are a good choice for people who are either looking for a personal blender with more versatility or a countertop blender with a very small footprint. Vitamix has two blenders in this lineup - the S30 and S55. The only differences between the two models are the more appealing brushed stainless finish of the S55 and its four pre-programmed settings for preparing smoothies, power-extensive blends, dips and spreads, and frozen desserts.

Both blenders are well built and come with 10 speeds that enable users to dial-in the desired texture and consistency of their blending results. The blenders come with a 20 and 40 oz container.

The Vitamix Space Savings countertop blenders lack the power of larger countertop blenders, while still being considerably larger than virtually any personal blender. They are also quite heavy and can get loud at higher speeds. Some users also report having difficulties with cleaning the blades. 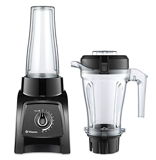 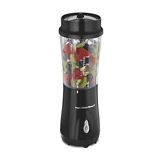 r/Smoothies
in "aussie looking for a new blender that can actually handle ice and frozen fruit"
Last updated: 2 Jan 2018

Runner Up
in “The NutriBullet vs Vitamix”
Last updated: 11 Jul 2019
Recommended by trusted experts