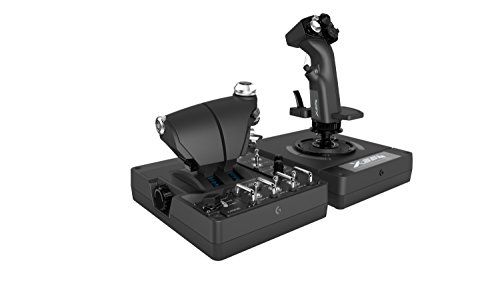 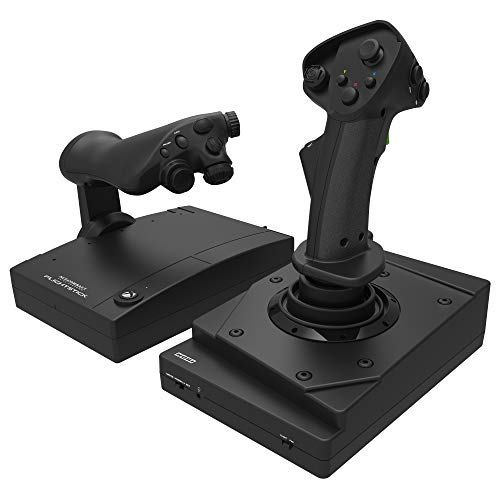 The Logitech X56 H.O.T.A.S. is a reasonably good Flight Stick for people with about $140 to spend.

The Hori Ace Combat 7 HOTAS Flight Stick for Xbox One, by contrast, is quite unremarkable and doesn't manage to stand out in any way when compared to other products at that price point.

In either case, we suggest that you first check out a few other options at the $140 budget - it's likely that you'll find some better alternatives.

However, if you nonetheless want to learn more about the Logitech X56 H.O.T.A.S. and Hori Ace Combat 7 HOTAS Flight Stick for Xbox One, here's a summary of what we know:

The Logitech X56 H.O.T.A.S. has managed to impress reviewers from two reliable and objective sources that conduct their own testing, namely Windows Central, PC Gamer, and Android Authority. It did great in their roundups - it earned the "Runner Up" title from Windows Central, and "The next best joystick" from PC Gamer, which marks it as a product that's worth considering.

As for the Hori Ace Combat 7 HOTAS Flight Stick for Xbox One - it impressed reviewers at Windows Central, a trustworthy source that conducts solid hands-on testing. It did great in its "Best Xbox One HOTAS controllers for Star Wars: Squadrons 2020" roundup - in fact, it earned its "Best Alternative" title, which, on its own, indicates a certain level of quality.

As a last step, we wanted to do a head-to-head Logitech X56 H.O.T.A.S. vs. Hori Ace Combat 7 HOTAS Flight Stick for Xbox One comparison of their review performance but, unfortunately, weren't able to find any review ratings on either product. 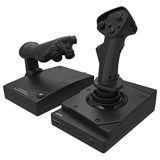 r/pcgaming
in "Star Wars Squadrons currently has a major issue with an oversized deadzone that cannot be changed which makes flying with HOTAS feel like your ship is drunk."
Last updated: 3 Oct 2020
Reddit Threads (1)

r/acecombat
in "REVIEW - Hotas HORI Ace Combat 7 Flighstick - DO NOT BUY! I REPEAT, DO NOT BUY!"
Last updated: 24 Jan 2019
Recommended by trusted experts