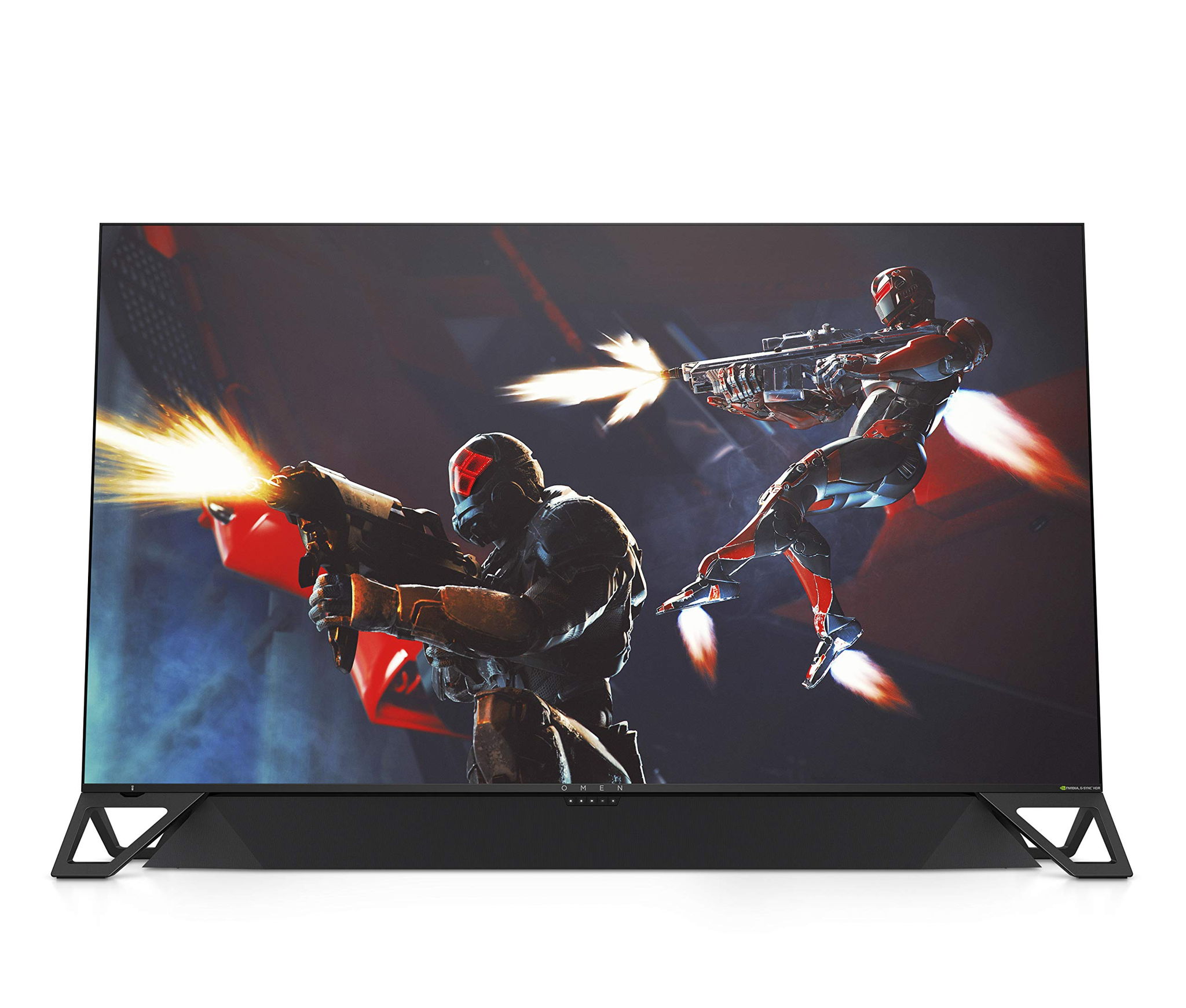 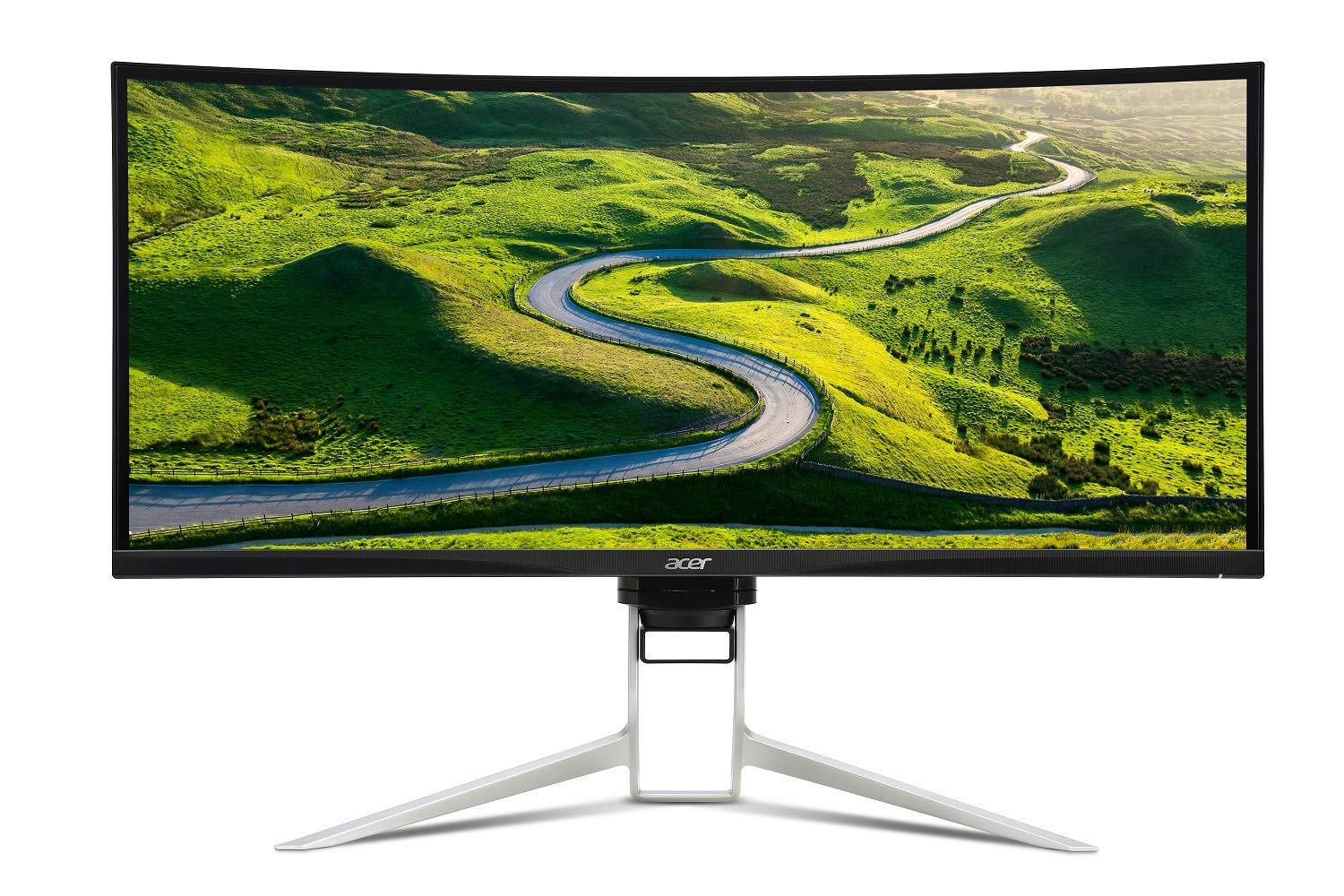 While the HP Omen X Emperium 65" BFGD makes for a passable Monitor for its asking price, the Acer XR342CK simply doesn't make the cut and should be avoided by the majority of people. In either case, we suggest that you look into some better alternatives that cost around $1,300 or $1,100.

However, if you'd nonetheless like to find out more about the HP Omen X Emperium 65" BFGD and the Acer XR342CK, you can continue reading for our summary of what we know about them:

The HP Omen X Emperium 65" BFGD has impressed reviewers from two sources that are among the most highly trusted on the internet, namely Tom's Hardware and PCmag. It did great in their objective hands-on roundups - it earned the "Best 4K Monitor for Couch Gaming" and "Best for the Ultimate Gaming Den" awards from Tom's Hardware and PCmag, respectively. That's high praise from such reputable sources.

As for the Acer XR342CK - it was really well-received by reviewers at Wirecutter (NYTimes), a great source that's known for conducting high-quality in-depth testing. It performed great in its "The Best Ultrawide Monitors" roundup and was named its "Top Pick", which, on its own, makes it a product that warrants a closer look.

We first examined which sources rated each of these best and found that the HP Omen X Emperium 65" BFGD got its highest, 9, rating from Tom's Hardware, while the Acer XR342CK earned its best, 8.8, score from TechSpot.

Lastly, in order to better compare them to the rest of their competition, we averaged out their review scores. The Acer XR342CK managed to get 8.8 out of 10 - considerably better than the 7.3 review average of Monitors in general - whereas the HP Omen X Emperium 65" BFGD earned 7.3 points.

It should be said that doing a direct HP Omen X Emperium 65" BFGD vs. Acer XR342CK comparison might not be entirely fair due to the difference in their prices - some sources don't put much weight on value for money and thus tend to give better review scores to more expensive products.

r/buildapc
in "Can I get some gaming monitor recommendations please - under $1070"
Last updated: 1 Feb 2020

r/ultrawidemasterrace
in "Are there any programmers using a 34” curved ultra wide monitor?"
Last updated: 17 Aug 2018

r/ultrawidemasterrace
in "Might be late on this one but just saw a deal on this acer via newegg"
Last updated: 5 Jun 2018

r/battlestations
in "My first Water Cooled Battlestation!"
Last updated: 17 May 2020

Best for the Ultimate Gaming Den
in “Best Gaming Monitors for Xbox in 2021”
Last updated: 20 days ago

Highly Trusted Source
Depth of
analysis
Yes
In-house
Testing
PCMag is known for performing consistent and objective testing of products and services and for its in-depth research. Even though its name implies that it on...
Mentioned
in “The Best 4K Monitors for 2021”
Last updated: 26 Jul 2021
Recommended by trusted experts