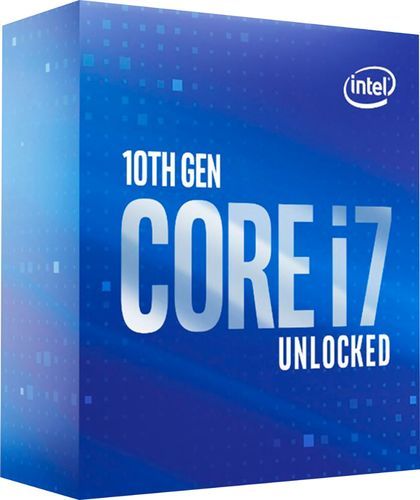 The Intel Core i9-9900K, however, while a reasonable product for $364, doesn't stack up against its competitors quite as well. If you're considering CPUs in the $470 range, you might want to check out some better options.

The Intel Core i7-10700K managed to impress reviewers from two reliable and unbiased sources that conduct their own hands-on testing, namely PC Gamer and Windows Central. It performed great in their roundups - it earned the "Intel's best gaming CPU is a great value proposition." title from PC Gamer and "Best Value Intel" from Windows Central, which makes it a product worthy of consideration.

We conducted an analysis of all of the review data that we could find on these two products. First, we focused on sources that tested and rated both of them, like Tom's Hardware, and learned that they all showed a preference for the Intel Core i9-9900K.

Intel's best gaming CPU is a great value proposition.
in “The best CPU for gaming in 2021”
Last updated: 13 days ago