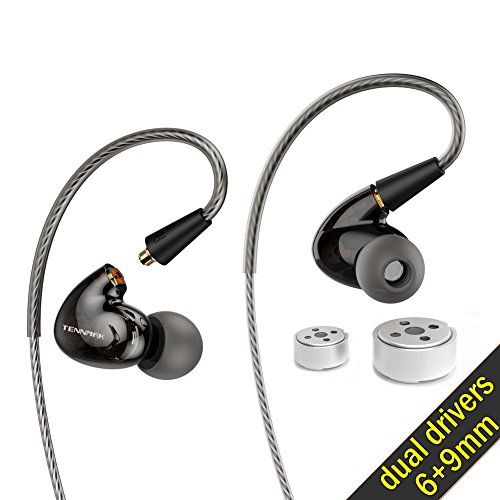 The Tennmak Pro is a mediocre In-Ear Monitor at best and should be avoided by the majority of people.

In the case of the Jaybird Freedom F5 (2016), however, we couldn't find enough data to draw any meaningful conclusions. We strongly suggest that you take a look at some better In-Ear Monitors in the $25 budget range instead.

If you're nevertheless intent on reading more about the Tennmak Pro, however, here's what we know about it:

The reviewers at Head-fi have featured the Tennmak Pro in their Tennmak Pro Dual Dynamic Driver Professional In-Ear Sport Detach Earphone Headphones with Microphone & Remote(black) roundup. However, it fell short of making it to the top of their list.

Out of all the sources that reviewed them, the Tennmak Pro turned out to be most loved by Head-fi, which gave it a score of 9.4, whereas the Jaybird Freedom F5 (2016) got its highest, 8, rating from reviewers at SoundGuys.

Lastly, we compared their review averages and found that the Tennmak Pro did much better than the majority of its competitors, with an average review score of 9.4 out of 10, compared to the 7.7 overall average of In-Ear Monitors in general, whereas the Jaybird Freedom F5 (2016) hasn't managed to perform quite as well, with an average rating of 7.6. 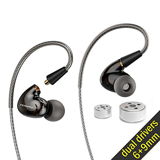 r/headphones
in "For your entire history with audio gear, what have you regretted selling? What are your I-will-likely-never-sell-these pieces of gear?"
Last updated: 18 Dec 2017
See morefewer
Has average expert review score
7.8
Overall Avg. for In-Ear Monitors
7.6
Avg. Review Score
Score