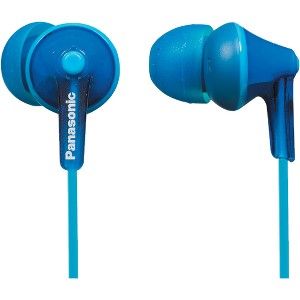 The Panasonic ErgoFit RP-TCM125 (2014) has done great in a couple of roundups conducted by highly trusted sources that perform objective in-depth testing, like Tom's Guide, CNET, and Consumer Reports - it earned the "Great value wired earbuds" title from Tom's Guide, "Best wired earbuds under $15" from CNET, and "Ranked 1 out of 4" from Consumer Reports. Any product that's held in high regard by such reliable sources should be considered by anyone that's looking for a Earphone at this price point.

Out of all the sources that reviewed them, the Panasonic ErgoFit RP-TCM125 (2014) turned out to be most loved by Lifewire, which gave it a score of 8.4, whereas the Jays a-Jays Five (2013) got its highest, 7, rating from reviewers at Digitaltrends.

Finally, we compared their average scores to all other Earphones on the market. We found that the Panasonic ErgoFit RP-TCM125 (2014) got reviewed considerably better than most of its competitors - it earned an average of 7.4, compared to the 7.3 out of 10 overall rating of other Earphones - while the Jays a-Jays Five (2013) performed worse than most of its competition, with an average score of 6.3. 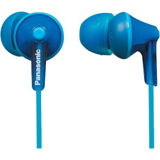 r/Paramore
in "Hi, can someone PLEASE help me settle this debate I'm having with a few friends right now..."
Last updated: 30 Jan 2019

r/LetsTalkMusic
in "How do you listen to ambient music?"
Last updated: 10 Oct 2018

r/BuyItForLife
in "[Request] In-Ear Headphones that I can wear and hear in a noisy environment"
Last updated: 25 Jul 2018

r/UnethicalLifeProTips
in "ULPT: Buy a pair of earbuds, when those die or just get old, buy the same pair of earbuds, but switch them out for your old pair, and return the pair. You will get your money back and you can rinse and repeat."
Last updated: 20 Jan 2018
See morefewer
Reddit Threads (0)
—
No Data
Has average expert review score
7.4
Overall Avg. for Earphones
7.4
Avg. Review Score
Score

Best Overall
in “The Best Earbuds and In-Ear Headphones on Amazon, According to Hyperenthusiastic Reviewers”
Last updated: 2 Oct 2019

Runner Up
in “Best headphones with microphone”
Last updated: 18 Oct 2022

Runner Up
in “The Best Wired Earbuds in 2023”
Last updated: 18 Dec 2022
consumerexpert.org
-
Depth of
analysis
No
In-house
Testing

Runner Up
in “34 Products Reviewers Say They'll Only Buy From One Brand From Now On”
Last updated: 31 Jul 2021
10wares.com
-
Depth of
analysis
No
In-house
Testing

Gadget Review
Depth of
analysis
Yes
In-house
Testing
Ranked #4 out of 6
in “Best Wired Headphones in 2023”
Last updated: 9 days ago

Runner Up
in “10 Best Headphones With Mics in 2022”
toomanyadapters.com
-
Depth of
analysis
No
In-house
Testing

Trusted Source
Depth of
analysis
Yes
In-house
Testing
Android Central performs in-depth, hands-on testing of the products and services that it reviews. The site is dedicated to Android fans and brings Android-rela...
Mentioned
in “Best earbuds with microphone under $20 in 2023”
Last updated: 18 Jul 2022

Business Insider
Depth of
analysis
Yes
In-house
Testing
Mentioned
in “The 7 best cheap headphones of 2023 - The best deals on budget-friendly headphones from this guide”
Last updated: 9 days ago

Trusted Source
-
Depth of
analysis
No
In-house
Testing
Mentioned
in “12 Essential Gadgets Under $20 That Everyone Should Own”
Last updated: 29 Jan 2022