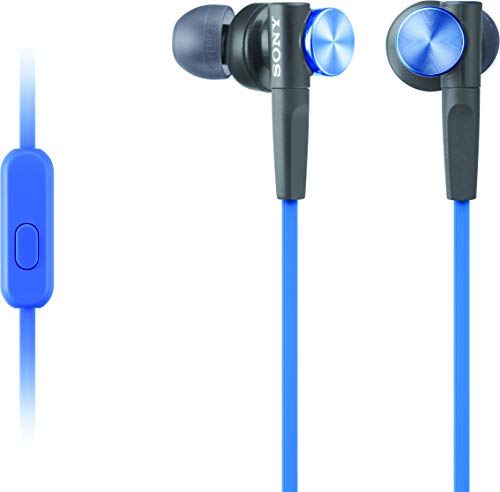 The Verge: Runner Up
headphonesaddict.com: 6.8/10

The Sony MDR-XB50AP is an example of a great Canal Earphone at its $40 budget.

In the case of the Jays a-Jays Five (2013), however, we weren't able to find enough data to come to any reliable conclusions.

The Verge, a source known for its hands-on testing and objective methodology, had good things to say about the Sony MDR-XB50AP. It performed great in its "The best headphones for under $50" roundup and earned the "Ranked 2 out of 12" title.

We first examined which sources rated each of these best and found that the Sony MDR-XB50AP got its highest, 6.8, rating from headphonesaddict.com, while the Jays a-Jays Five (2013) earned its best, 7, score from Digitaltrends.

Lastly, we compared their average review performance to that of the rest of their competition and found that neither option got received particularly well. With an average rating of 6.8 out of 10, the Sony MDR-XB50AP performed similarly to most other Canal Earphones on the market - the overall average review score for this product category being 7.4 - while the Jays a-Jays Five (2013) did worse than most, with its average of 6.3 points.

There's one caveat here - a direct Sony MDR-XB50AP vs. Jays a-Jays Five (2013) comparison might not be entirely justifiable due to the difference in their pricing and the fact that some sources tend to give lower ratings to cheaper products because they don't take value for money into account. 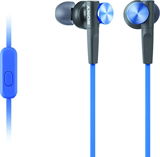 r/audiophile
in "My very first pair of IEMs, I think they look and sound beautiful ❤️"
Last updated: 27 Sep 2020

Best bass earbuds
in “The Best Earbuds and In-Ear Headphones on Amazon, According to Hyperenthusiastic Reviewers”
Last updated: 2 Oct 2019
bustle.com
-
Depth of
analysis
No
In-house
Testing

Trusted Source
Depth of
analysis
Yes
In-house
Testing
Android Central performs in-depth, hands-on testing of the products and services that it reviews. The site is dedicated to Android fans and brings Android-rela...
Mentioned
in “Best Headphones for PlayStation VR in 2021”
Last updated: 19 Oct 2021

What to Expect
-
Depth of
analysis
No
In-house
Testing
Mentioned
in “What to Pack in Your Diaper Bag”
Last updated: 21 Apr 2021