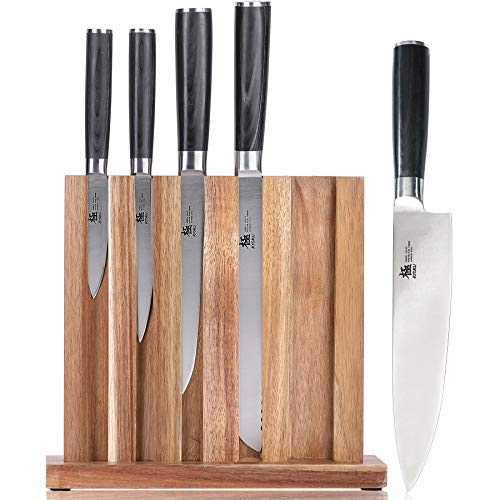 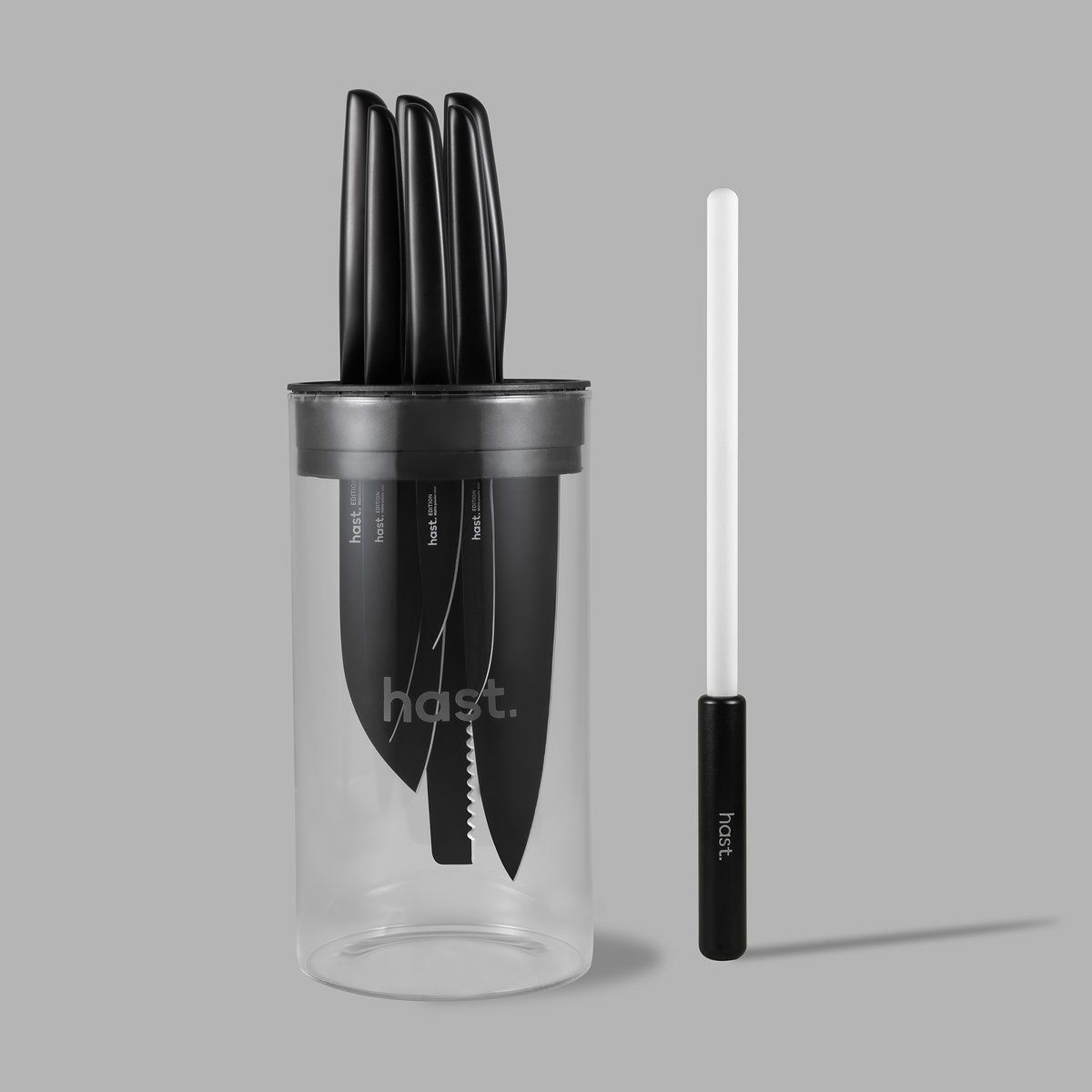 The Kyoku 5-Knife Set was loved by reviewers at Popular Mechanics, a trustworthy source that performs objective hands-on testing. It did great in their "9 Best Knife Sets for All Your Cuts" roundup - in fact, they named it their "Best Space-Saving Knife Block Set". That, by itself, points toward it being a noteworthy delete_Knife Set.

As for the Hast 7P Minimalist Knife Set - it impressed reviewers at Good Housekeeping, a trustworthy source that conducts solid hands-on testing. It did great in its "9 best knife sets for 2023" roundup - in fact, it earned its "Best for easy cleaning" title, which, on its own, indicates a certain level of quality.

As a last step, we wanted to do a head-to-head Kyoku 5-Knife Set vs. Hast 7P Minimalist Knife Set comparison of their review performance but, unfortunately, weren't able to find any review ratings on either product. 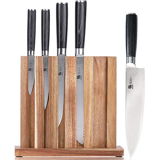 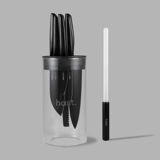