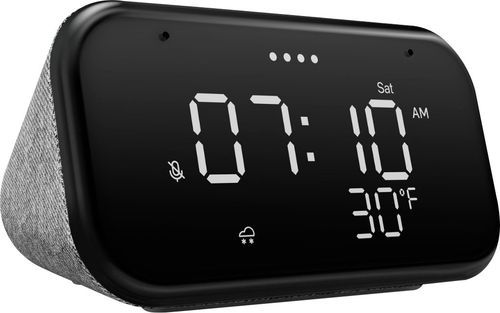 The Lenovo Smart Clock Essential was loved by reviewers at Wirecutter, a highly trusted source that performs reliable in-depth testing. It did great in its "The Best Alarm Clocks" roundup where it was named its "Top Pick", which, in itself, makes it a product worth considering.

Returning to the Lenovo Smart Clock (2019), PCmag, a source that's known for its high-quality in-depth testing, has great things to say about it. In fact, it was named its "Ranked 3 out of 10" in its "The Best Smart Home Devices of CES 2019" roundup, which is quite a feat.

Finally, we compared them to other Smart Alarm Clocks and found that the Lenovo Smart Clock (2019), on average, got reviewed considerably better than most of its competitors - it earned a review average of 8.0 points, compared to the 7.3 out of 10 overall rating of Smart Alarm Clocks in general, whereas the Lenovo Smart Clock Essential performed worse than the majority of its competitors, with an average of only 6.3.

r/googlehome
in "Anyone know any cheap Google Home products? I want to add to my collection of things on the Google Home app"
Last updated: 29 Nov 2020

r/googlehome
in "Wich google home device you have in your bedroom?"
Last updated: 26 Apr 2020

r/malelivingspace
in "Is my bedroom missing anything?"
Last updated: 28 Jan 2020

Runner Up
in “The Best Tech to Upgrade Your Bedroom With”
Last updated: 23 Mar 2021

Best for Google Assistant
in “The 9 Best Smart Alarm Clocks to Get You Out of Bed”
Last updated: 29 Jul 2021

Highly Trusted Source
Depth of
analysis
Yes
In-house
Testing
PCMag is known for performing consistent and objective testing of products and services and for its in-depth research. Even though its name implies that it on...
Mentioned
in “The Best Smart Home Devices of CES 2019”
Last updated: 11 Jan 2019