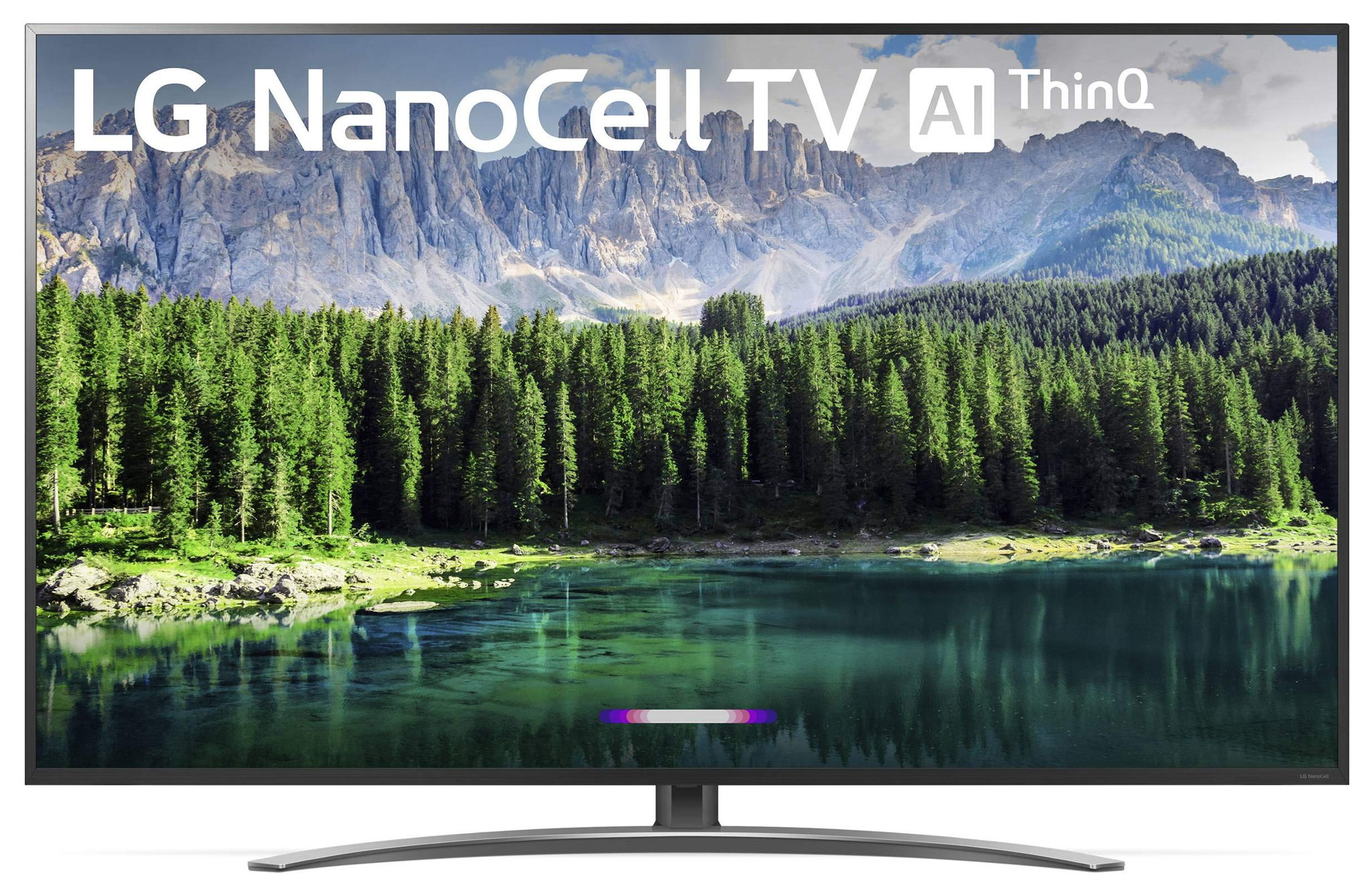 The LG E8 OLED 65" is a relatively good TV for people that are willing to spend around $1,600. The LG SM8600 75", by contrast, is quite unremarkable and doesn't stand out in any meaningful way from other products at this price point.

In both cases, however, we recommend that you take look at some other options at the $1,600 and $2,000 budget ranges; in all likelihood you'll find some better alternatives.

If you're still interested in learning more about the LG E8 OLED 65" and LG SM8600 75", however, we wrote a summary of what we know about them:

While the LG E8 OLED 65" wasn't able to make it to the very top of any roundups from sources that perform quality hands-on testing, it still got featured in a large number of them. Techradar, PCmag, Rtings, TrustedReviews, What Hi-Fi?, and Reviewed have all deemed it worthy of a place on their respective shortlists.

As for the LG SM8600 75" - Rtings, a source that conducts reliable hands-on testing, has featured it in its LG SM8600 TV Review roundup. However, it didn't make it to any of the top spots.

When we thoroughly analyzed their review scores, we learned that all of the sources that tested both TVs, including Rtings, preferred the LG E8 OLED 65" over the LG SM8600 75".

We also took a look at which sources they managed to impress the most. The LG E8 OLED 65" was liked best by Techradar, which gave it a score of 10, while the LG SM8600 75" got its highest, 7, score from Rtings.

Lastly, we averaged out all of their review ratings and observed that the LG E8 OLED 65", with its 8.8 average, performed considerably better than most TVs - the mean score for the product category being 7.7 out of 10 - while the LG SM8600 75" managed an average of 7.0.

There's one caveat here - it might not be entirely justifiable to do a direct LG E8 OLED 65" vs. LG SM8600 75" review average comparison since they aren't priced the same and more expensive products tend to get higher review scores from some sources.

The 2018 LG OLED E8 is the predecessor of the 2019 LG OLED E9. Both TVs are very similar in terms of their feature set and overall performance. However, the 2018 variant usually costs noticeably less than the newer 2019 model. It's worth noting that the LG E8 is considerably more expensive than the LG B8 and C8 models, which offer nearly identical performance but arguably aren't as visually appealing.

The LG E8 is one of the most stylish members of LG's 2018 flagship TV lineup. Its panel is good at reproducing both vibrant colors and inky blacks. It also does a great job at motion handling since its OLED pixels can switch colors nearly instantaneously.

It's also a good choice for consuming HDR content; the TV supports all key HDR standards, including Dolby Vision, HDR10, and HLG.

The E8 runs LG's WebOS smart TV platform which is very user-friendly and responsive. Navigation is smooth and seamless, thanks to the TV's powerful Alpha9 processor. It comes with LG's Magic Remote that features a pointer and voice control.

r/hometheater
in "Anyone still have one of the monsters on the left?"
Last updated: 16 Jul 2020

Trusted Source
Depth of
analysis
Yes
In-house
Testing
Reviewed is a website that provides its readers with objective, trustworthy reviews. It extensively tests the performance of products under controlled laborato...
Ranked #4 out of 14
in “The Best 4K TVs & HDR TVs for Gaming of 2021”
Last updated: 3 Aug 2021