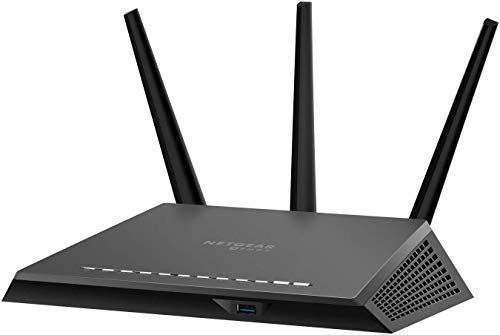 Tom's Guide: The best router to secure your whole house

The Linksys EA9500 (AC5400) and Netgear RS400 make for good, if unremarkable, Wi-Fi Routers at their respective budgets.

With that said, while they both should serve reasonably well, you might want to look into other options at the $430 and $180 price points - it's likely that there are some better alternatives available.

If you want to learn more about the Linksys EA9500 (AC5400) and the Netgear RS400, however, we prepared a summary of the information that we have:

Returning to the Netgear RS400 - it was really well-received by reviewers at Laptop Mag and Tom's Guide, which are among the most highly trusted sources on the internet and are known for their in-depth hands-on testing. It was named "Best Wi-Fi router for the security-conscious" by Laptop Mag and "The best router to secure your whole house" by Tom's Guide, which points toward the Netgear RS400 being a high-quality product.

Lastly, we tried to do a direct Linksys EA9500 (AC5400) vs. Netgear RS400 comparison of review ratings between these two products, but couldn't find any review scores for the Netgear RS400.

Compared to all other Wi-Fi Routers on the market, however, the Linksys EA9500 (AC5400) performed great. When averaged out, it earned a rating of 8.6 out of 10, which is much better than the 7.4 review average of Wi-Fi Routers in general.

Technically Well
9.4
Has no expert reviews
—
No Data
Recommended by trusted experts

The best router to secure your whole house
in “Best Wi-Fi routers for 2020”
Last updated: 7 days ago