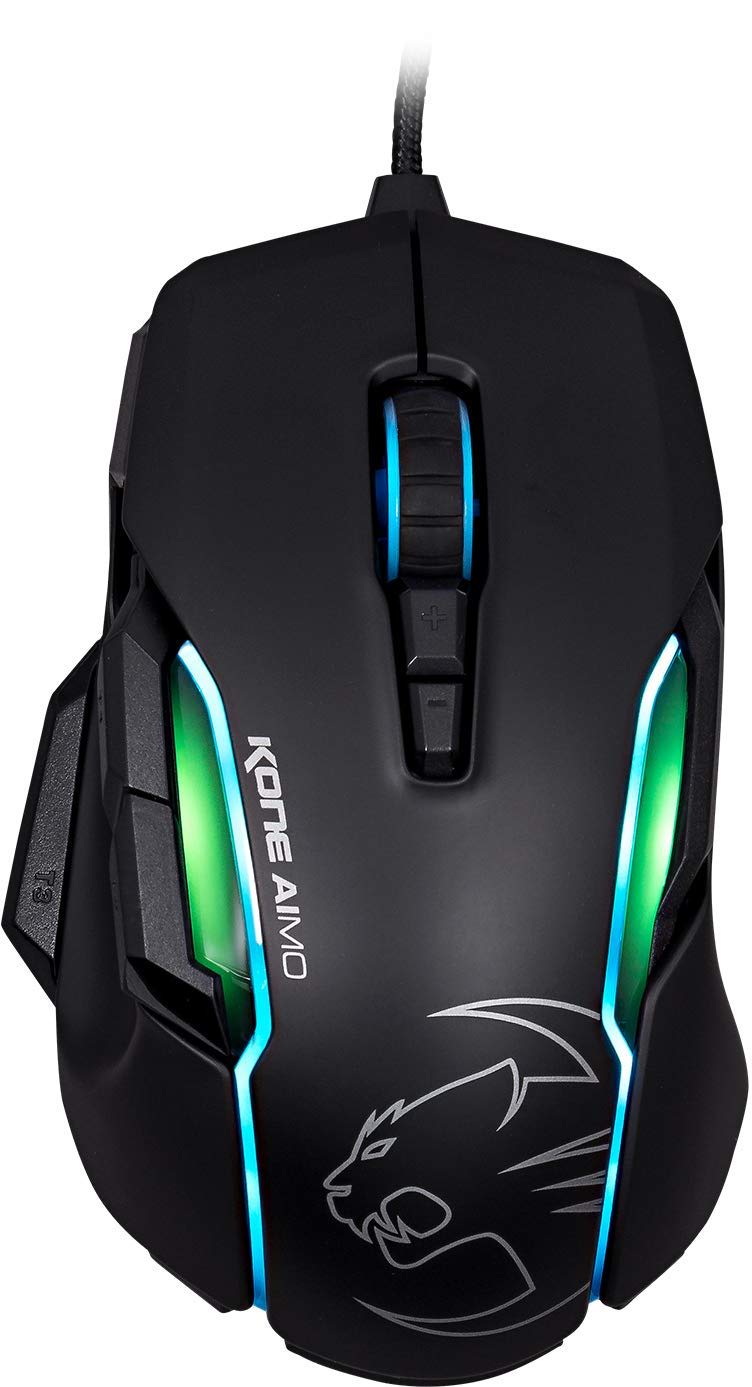 The Logitech G703 Lightspeed (2017) was well-received by reviewers at realgear.net, a trustworthy source that performs unbiased hands-on testing. It did great in their "Best Wireless Gaming Mouse" roundup - they named it their "Ranked 3 out of 6", which, by itself, suggests that it's a noteworthy product.

As for the Roccat Kone Aimo (2017) analysis - it impressed reviewers at MakeUseOf, a source that's known for its objective testing and well-thought-out methodology - it performed great in its "The 7 Best MMO Gaming Mice" roundup and earned the "Ranked 2 out of 7" title.

Out of all the sources that reviewed them, the Logitech G703 Lightspeed (2017) turned out to be most loved by TrustedReviews, which gave it a score of 9, whereas the Roccat Kone Aimo (2017) got its highest, 9, rating from reviewers at PC Gamer.