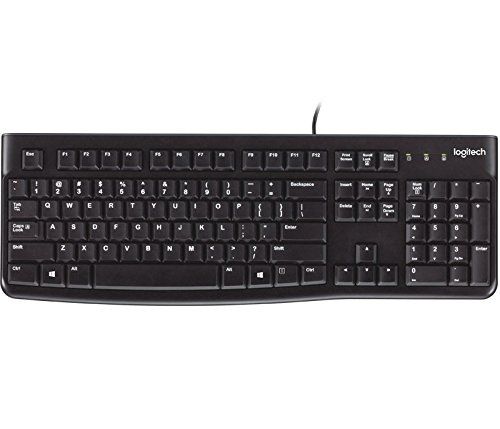 The Logitech K350 series (2009) is widely considered to be a great Ergonomic Keyboard at its $40 budget. The Logitech K120, however, while also a good product at this price point, doesn't stack up against its competitors quite as well.

The Logitech K350 series (2009) has managed to impress reviewers from some of the most highly trusted sources on the internet, including TechGearLab and Tom's Guide. It performed great in their in-depth hands-on roundups - it was awarded the "Easiest Transition from a Standard Keyboard" title by TechGearLab and "Best budget ergonomic" by Windows Central in their respective Ergonomic Keyboard roundups. That's high praise, especially when coming from such high-quality sources.

Moving on to the Logitech K120: it was loved by Windows Central and The Independent - two reliable sources that conduct their own in-depth testing. In fact, it was named "Best Budget" and "Ranked 2 out of 11" in their respective roundups, which points to it being a product worthy of consideration.

Lastly, we wanted to do a direct Logitech K350 series (2009) vs. Logitech K120 comparison of their review scores, but couldn't find any ratings for the Logitech K120.

Nevertheless, we were still able to analyze how the Logitech K350 series (2009) fared when compared to the rest of its competition. Our analysis of its review data has shown that it earned an average review score of 7.0, which is on par with the 7.4 overall average of Ergonomic Keyboards in general.

PCWorld
7.0
Has no expert reviews
—
No Data
Highly recommended by trusted experts