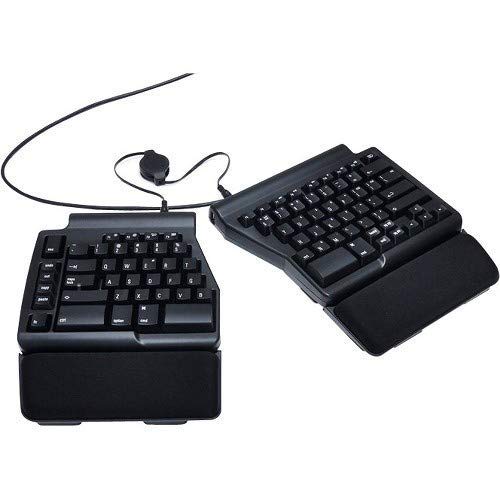 Android Authority: Ranked #5 out of 7

The Matias Ergo Pro (2017), however, while a reasonable product for $195, doesn't stack up against its competitors quite as well. If you're considering Ergonomic Keyboards in the $200 range, you might want to check out some better options.

The Logitech K350 series (2009) has managed to impress reviewers from some of the most highly trusted sources on the internet, including TechGearLab and Tom's Guide. It performed great in their in-depth hands-on roundups - it was awarded the "Easiest Transition from a Standard Keyboard" title by TechGearLab and "Best budget ergonomic" by Windows Central in their respective Ergonomic Keyboard roundups. That's high praise, especially when coming from such high-quality sources.

As for the Matias Ergo Pro (2017), it wasn't able to earn a top spot in any roundups from trusted sources that conduct their own hands-on testing. Nevertheless, it managed to impress reviewers at Rtings, Macworld, Android Authority, and Wirecutter (NYTimes) enough to make it onto their respective shortlists.

We couldn't find any sources that tested both of these Ergonomic Keyboards, so we only analyzed how they performed in reviews from different sites.

We first examined which sources rated each of these best and found that the Logitech K350 series (2009) got its highest, 7, rating from PCWorld, while the Matias Ergo Pro (2017) earned its best, 8, score from Macworld.

Lastly, in order to better compare them to the rest of their competition, we averaged out their review scores. The Matias Ergo Pro (2017) managed to get 8.0 out of 10 - considerably better than the 7.4 review average of Ergonomic Keyboards in general - whereas the Logitech K350 series (2009) earned 7.0 points.

It should be said that doing a direct Logitech K350 series (2009) vs. Matias Ergo Pro (2017) comparison might not be entirely fair due to the difference in their prices - some sources don't put much weight on value for money and thus tend to give better review scores to more expensive products. 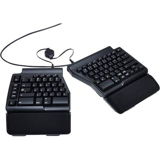 r/MechanicalKeyboards
in "The Matias Ergo Pro's wristpads fit perfectly on the Kinesis Edge. Recommended ways to attach the together?"
Last updated: 17 Aug 2018

r/MechanicalKeyboards
in "I added mini OLED display to my keeb"
Last updated: 7 Jul 2020

Trusted Source
Depth of
analysis
Yes
In-house
Testing
Ranked #5 out of 7
in “The best ergonomic keyboards: Type the day away”
Last updated: 23 Nov 2020

Highly Trusted Source
Depth of
analysis
Yes
In-house
Testing
Rtings performs extensive hands-on testing under controlled laboratory conditions and is great at presenting its findings to the reader. It focuses on a rela...
Mentioned
in “The 5 Best Ergonomic Keyboards - Winter 2021”
Last updated: 12 days ago