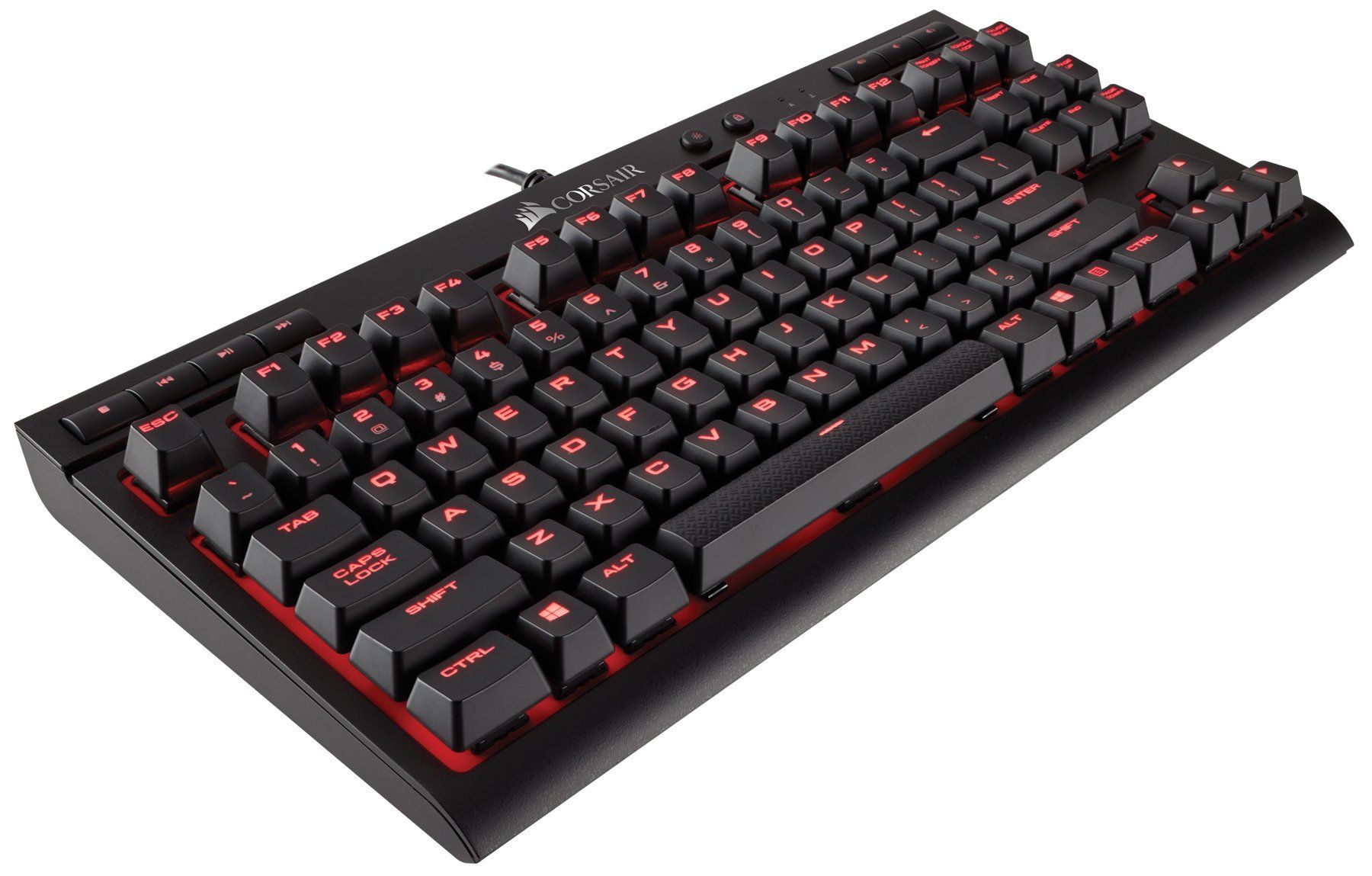 The Corsair K63 Wired TKL (2017), however, while a reasonable product for $79, doesn't stack up against its competitors quite as well. If you're considering Wired Keyboards in the $100 range, you might want to check out some better options.

Moving on to the Corsair K63 Wired TKL (2017): it has done really well in a number of roundups done by sources that perform objective and reliable testing, including Windows Central, PCWorld, and Go Mechanical Keyboard - it won the "Best wireless option" title from Windows Central, "Best wireless gaming keyboard" from PCWorld, and "Ranked 2 out of 2" from Go Mechanical Keyboard. That points towards it being a cut above most of its competitors.

Lastly, we averaged out all of the reviews scores that we could find on these two products and compared them to other Wired Keyboards on the market. We learned that both of them performed far better than most of their competitors - the overall review average earned by Wired Keyboards being 7.4 out of 10, whereas the Logitech K800 (2010) and Corsair K63 Wired TKL (2017) managed averages of 7.7 and 8.9 points, respectively.

Due to the difference in their prices, however, it's important to keep in mind that a direct Logitech K800 (2010) vs. Corsair K63 Wired TKL (2017) comparison might not be entirely fair - some sources don't take value for money into account when assigning their scores and therefore have a tendency to rate more premium products better.

r/pcmasterrace
in "I need some suggestions about gaming mechanical keyboard, I got a Roccat Vulcan 122 and I'm not impressed."
Last updated: 6 Dec 2019
Has average expert review score
7.4
Overall Avg. for Wired Keyboards
7.7
Avg. Review Score
Score

Runner Up
in “5 Best Tenkeyless Mechanical Keyboards in 2021”

Rated 9.0 out of 10
in “Best wireless keyboards: Hand-tested reviews of Bluetooth and USB models”
Last updated: 11 days ago