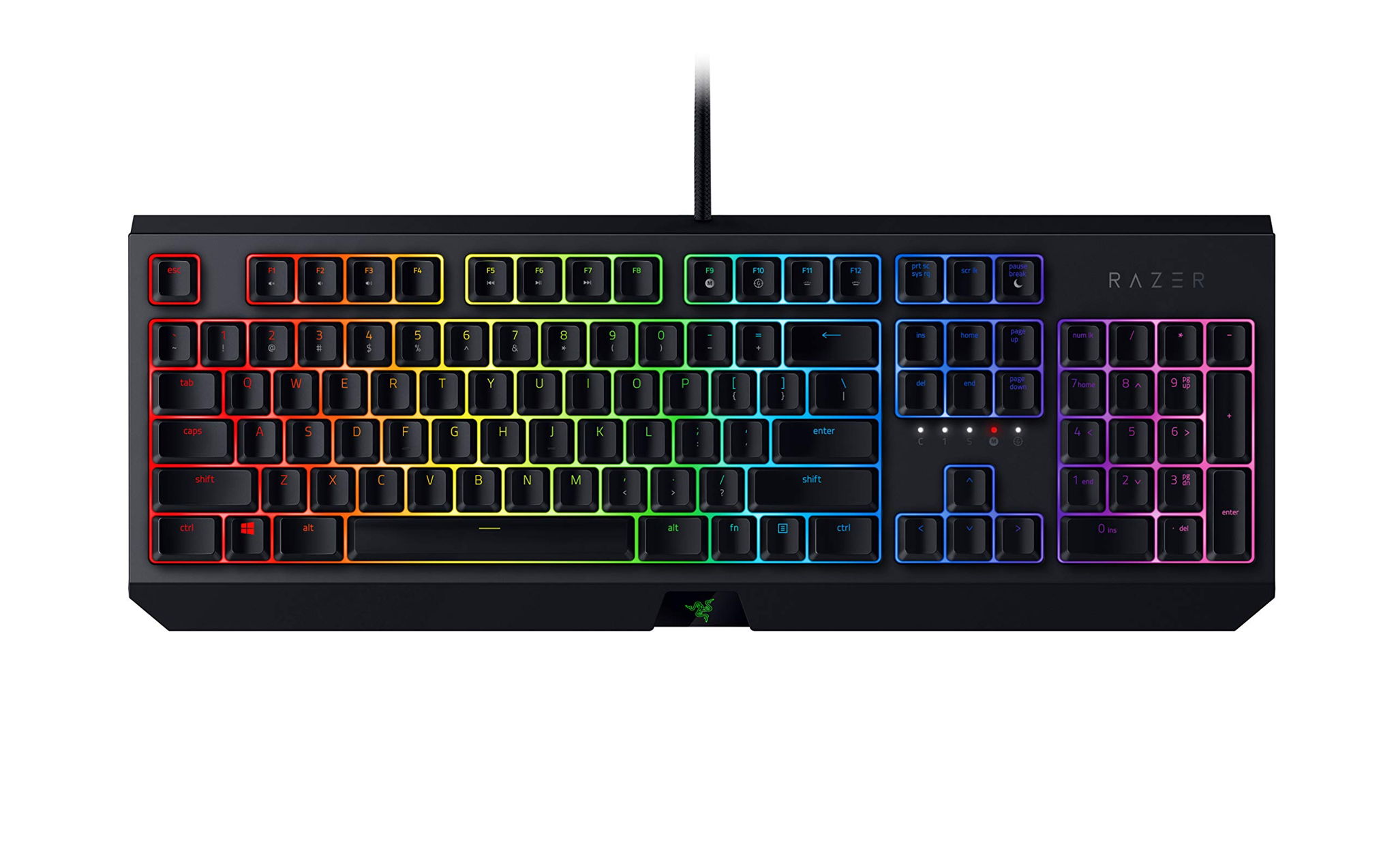 The Razer BlackWidow (2019), however, is merely passable at its $89 price point. If you're considering buying a Wired Keyboard in the $100 range, you might want to check out some of its competitors.

The Logitech K800 (2010) has done really well in a number of roundups conducted by sources that perform their own hands-on testing, such as PCWorld, Windows Central, and TechSpot - it was awarded the "Best overall wireless desktop keyboard " title by PCWorld, "Best Wireless for Windows" by Windows Central, and "Best Wireless Keyboard" by TechSpot. That's high praise from reliable sources.

We first examined which sources rated each of these best and found that the Logitech K800 (2010) got its highest, 7.7, rating from CNET, while the Razer BlackWidow (2019) earned its best, 7, score from PCmag.

Lastly, we averaged out all of their review ratings and observed that the Logitech K800 (2010), with its 7.7 average, performed considerably better than most Wired Keyboards - the mean score for the product category being 7.4 out of 10 - while the Razer BlackWidow (2019) managed an average of 7.0.

There's one caveat here - it might not be entirely justifiable to do a direct Logitech K800 (2010) vs. Razer BlackWidow (2019) review average comparison since they aren't priced the same and more expensive products tend to get higher review scores from some sources.

r/gaming
in "I didn’t get much for my birthday, but a bottle of whiskey and this gaming mouse were perfect! Anyone know a good keyboard to pair with it?"
Last updated: 14 Jan 2020
See morefewer
Has average expert review score
7.4
Overall Avg. for Wired Keyboards
7.7
Avg. Review Score
Score

Runner Up: Runner-Up, Best Wireless
in “The 9 Best Gaming Keyboards of 2020”
Last updated: 20 days ago