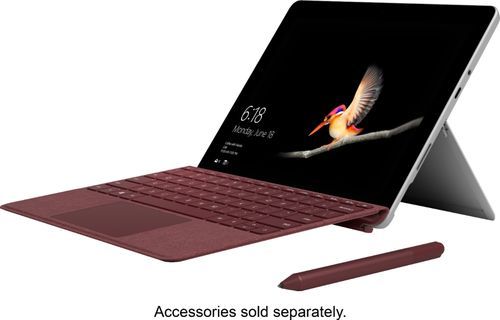 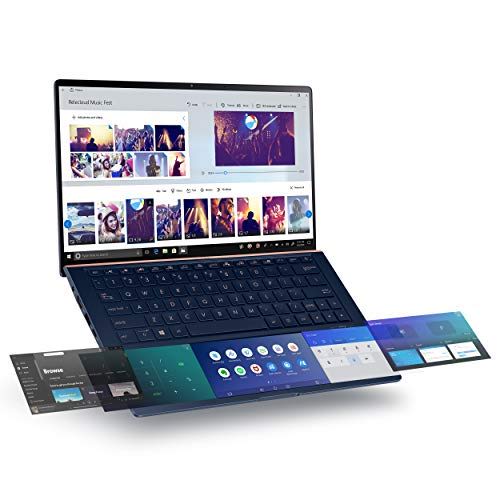 Laptop Mag: The laptop with the best design

The Microsoft Surface Go 4GB RAM, 64GB (2018) makes for a good, if unremarkable, Traditional Laptop for people with a $450 budget.

The ASUS ZenBook 13 UX334FLC-AH79, however, is merely mediocre at its $1500 asking price, when compared to similarly priced products, and won't satisfy the needs of most people.

In either case, we suggest that you first take a look at some other options at the $450 and $1,500 price points before committing to one of these - it's likely that you'll be able to find some better alternatives.

If you're still interested in learning more about the Microsoft Surface Go 4GB RAM, 64GB (2018) and ASUS ZenBook 13 UX334FLC-AH79, however, we wrote a summary of what we could find about them:

The Microsoft Surface Go 4GB RAM, 64GB (2018) was highly praised by reviewers from numerous sources that perform their own objective hands-on testing, including Windows Central, Techradar, nextpit.com, Notebookcheck.net, The Independent, and inews.co.uk. It did great in their roundups - it was dubbed "Top Pick" by Windows Central, "The most versatile cheap drawing tablet" by Techradar, and "The best Microsoft tablets you can buy in 2020" by nextpit.com. That alone makes it at least worth considering.

Returning to the ASUS ZenBook 13 UX334FLC-AH79, Laptop Mag, a source that's known for its high-quality in-depth testing, has great things to say about it. In fact, it was named its "The laptop with the best design" in its "Best 13-inch laptops in 2021" roundup, which is quite a feat.

We conducted an analysis of all of the review data that we could find on these two products. First, we focused on sources that tested and rated both of them, like Laptop Mag and PCmag, and learned that they all showed a preference for the ASUS ZenBook 13 UX334FLC-AH79.

Then we took a look at the highest review scores that these two Traditional Laptops received. We found that the Microsoft Surface Go 4GB RAM, 64GB (2018) managed to earn a rating of 9 from Techradar, whereas the ASUS ZenBook 13 UX334FLC-AH79 got its highest, 8, score from reviewers at Laptop Mag.

Lastly, we averaged out all of the reviews scores that we could find on these two products and compared them to other Traditional Laptops on the market. We learned that both of them performed far better than most of their competitors - the overall review average earned by Traditional Laptops being 7.6 out of 10, whereas the Microsoft Surface Go 4GB RAM, 64GB (2018) and ASUS ZenBook 13 UX334FLC-AH79 managed averages of 7.7 and 8.0 points, respectively.

Due to the difference in their prices, however, it's important to keep in mind that a direct Microsoft Surface Go 4GB RAM, 64GB (2018) vs. ASUS ZenBook 13 UX334FLC-AH79 comparison might not be entirely fair - some sources don't take value for money into account when assigning their scores and therefore have a tendency to rate more premium products better. 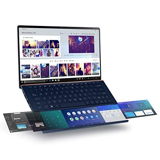 r/tablets
in "Looking for a tablet mainly for notetaking"
Last updated: 8 Sep 2020

r/Surface
in "Went to the MS Store today with my fiancé to check out the Pro X and Laptop 3, and won a free Surface Go in a store raffle!"
Last updated: 23 Oct 2019

r/Surface
in "Please help, completely out of my depth: Recently fell in love with OneNote; looking for something to allow me to use it more accessibly - looking at Surface Pro 3, 4, as well as the Go; already have a laptop."
Last updated: 6 Oct 2019

r/Surface
in "Should the processor in Surface Go be a deal breaker for me?"
Last updated: 2 Oct 2018

r/SurfaceGaming
in "[REQUEST] Games like hollow knight, disco elysium, civ 6, Divinity original sin. How do these handle on the Pro 7 i5 8gb?"
Last updated: 20 Dec 2019

r/SuggestALaptop
in "Should I return my Surface Go with an external keyboard for a 2 in 1 laptop?"
Last updated: 19 Jun 2020

r/Surface
in "My review of the Microsoft Surface Go - what a wonderful time to be alive"
Last updated: 30 Sep 2018 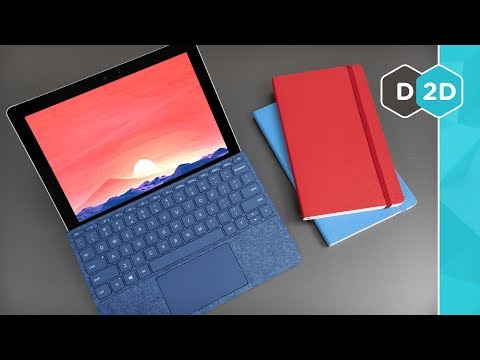 Best Overall
in “The Best Notebooks For Less Than 500 Euros”
Last updated: 24 days ago

Highly Trusted Source
Depth of
analysis
Yes
In-house
Testing
Ranked #7 out of 8
in “The best tablet for photo editing and photographers in 2021”
Last updated: 10 Mar 2021

Best Overall
in “Best laptops under $500: the best budget laptops around”
Last updated: 23 days ago

Trusted Source
Depth of
analysis
Yes
In-house
Testing
Rated 8.0 out of 10
in “The best tablet you can buy right now”
Last updated: 25 Jan 2019

Best Overall
in “Best Windows Alternative to a Chromebook in 2021”
Last updated: 5 Dec 2020

Trusted Source
Depth of
analysis
Yes
In-house
Testing
TechRadar performs extensive research and uses well-thought-out and objective methodologies when testing the various products and services that it covers. The...
Ranked #4 out of 11
in “Best tablets for seniors in 2021”
Last updated: 2 Mar 2021