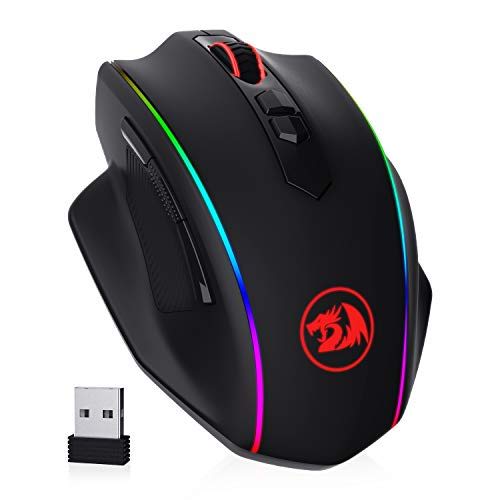 The Microsoft Wireless Mobile Mouse 1850 (2014) makes for a good, if unremarkable, Wireless Mouse for people with a $11 budget.

The Redragon M686, however, is merely mediocre at its $46 asking price, when compared to similarly priced products, and won't satisfy the needs of most people.

In either case, we suggest that you first take a look at some other options at the $11 and $35 price points before committing to one of these - it's likely that you'll be able to find some better alternatives.

If you're still interested in learning more about the Microsoft Wireless Mobile Mouse 1850 (2014) and Redragon M686, however, we wrote a summary of what we could find about them:

The Microsoft Wireless Mobile Mouse 1850 (2014) was loved by reviewers at Expert Reviews, a trustworthy source that performs objective hands-on testing. It did great in their "Best wireless mouse 2020: Toss away the cables and take control with the best wireless mice from £10" roundup - in fact, they named it their "The best budget mouse for laptops". That, by itself, points toward it being a noteworthy Wireless Mouse.

As for the Redragon M686 - it was really well-received by reviewers at Tom's Hardware, a great source that's known for conducting high-quality in-depth testing. It performed great in its "Best Wireless Mouse 2021: Premium Gaming and Productivity Mice" roundup and was named its "Best Wireless Mouse for Sub-$50 Gaming", which, on its own, makes it a product that warrants a closer look.

As a last step, we wanted to do a head-to-head Microsoft Wireless Mobile Mouse 1850 (2014) vs. Redragon M686 comparison of their review performance but, unfortunately, weren't able to find any review ratings on either product. 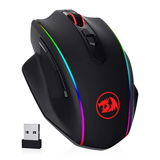